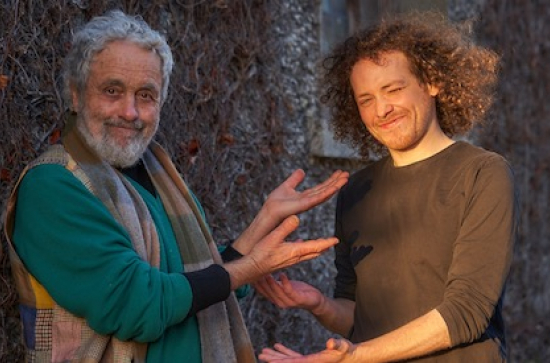 N.B. This concert will be broadcast on the MU Music YouTube Channel at https://youtu.be/bZk8fYVCLiM.

C​omposer and pianist extraordinaire Antoni O’Breskey is joined by composer and fiddle/viola player Ultan O’Brien (Slow Moving Clouds, Skipper’s Alley, Tulca) for a special concert where they will premiere some of the new material from their upcoming collaboration album as well as some older material from O’Breskey’s albums ‘Samara’, ‘When Bach was an Irishman and Mozart a Gypsy boy’ and ‘Al Kamar’.

"Mesmerizing. O’Breskey takes few prisoners in his search for the sublime."

“​The categories of “World music” did not exist when O' Breskey began his trailblazing journey yet he was the first to combine Flamenco, Basque, Arabic, Latin and Irish elements, his virtuoso jazz-styled piano uniting these traditions in remarkably original compositions.”

“O’Breskey’s musical crossovers have an ethical imperative. He seeks to mesh the majority with the minority, the present with the past, and the vocal with the silenced, so as to “deflate the ethnocentrism of classical Western music.” For this musician, musical cultures are not defined by borders, but by historical roots that reach deeply across all areas of the globe.”

​“He is a man for whom the notion of borders means very little, a genius whose music is without frontiers, and whose originality makes him one of the most innovative artists in the varied musical genres of today.”