All aspects of the Department of History’s activity are shaped by a powerful research culture. Our staff are experts in their respective fields and the Department as a whole has a unique record in PhD output and the sponsorship of postdoctoral projects. Its weekly research seminar brings speakers from across the world to address staff and students alike. Taught Masters and undergraduate students benefit from this research culture, which is embedded in their degrees from the very start. Research-led teaching – and teaching how to research – are realities in the Department of History.

Deeply committed to the academic freedom of its members, the Department nevertheless boasts a number of research specialisms. These include:

This research is multifaceted and generates distinctive modules which will not be found at any other institution. On the health side, the major focus has been on medical history in pre- and post-Famine Ireland and the history of sanity, psychology and psychiatry on the European continent. Such research has found its way into, for example, a module on the history of suicide, designed and delivered by Dr David Lederer, or Dr Dympna McLaughlin’s modules on the History of medicine and medical care in this country. 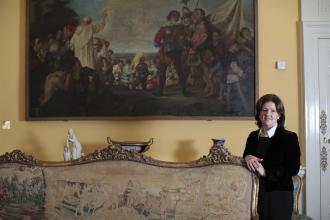 The official history of social welfare begins with the birth of the welfare state in the 20th Century. However, examples of forms of welfare may be found prior to this, including even the infamous ‘poor houses’, one of the few organizations providing food to the poorest sectors of society. Dr Jacinta Prunty’s module on the education and care of children in 19th Century Ireland is a product of this research.

Prior to this even, Professor Marian Lyons is examining the experiences of female dependents of Irish Jacobite Emigrés in France in the late 17th century.

The study of History was once dependent on the written word. What was recorded and found later did, for a large part, make up the corpus of historical knowledge. But much of this written record is necessarily coloured by the author’s bias. Alternative ways of reconstructing the past are required. Recently, historians with new methods and a greater understanding of how to interpret the historical significance of objects and artefacts, are opening up a world of uncharted perspectives. Depending on what kinds of objects or materials are examined, this approach can lead to information about classes and communities all too often left out of history. 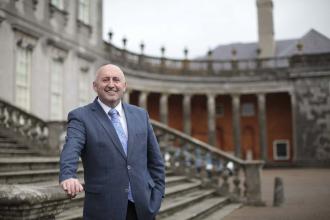 Paintings, photographs, furniture, clothes, what people ate (and what they ate with) all help us to understand what a society valued, how tastes changed, and what was new. They allow us to understand how people from all social strata lived. Historians can measure how people interacted with their world by examining the images people made, as well as the buildings they lived in and their material culture. It is also possible to trace the history of an object’s use in society and, through it, to examine trade routes, international political climates, legal and economic history, tastes and etiquette, etc.

The research carried out by Dr JoAnne Mancini and Dr Alison Fitzgerald in this area informs many of the modules they teach in the Department, including those on American cultural history, art, society & design in the 17th Century, and domestic life in Georgian Ireland. Meanwhile, the Centre for the Study of Historic Irish Houses and Estates, directed by Professor Terence Dooley, is an undisputed national and international reference point, having revolutionised the way this country views its physical patrimony. Professor Dooley’s research informs the modules he delivers on the subject of Ireland’s ‘Big Houses’.

Military History, the History of War and International Relations

The impact of war on history cannot be overestimated - the experience it has on combatants and civilians alike, the consequences of defeat and victory, and the technological and scientific developments it engenders have all helped to shape the world we live in. There are many ways to research war. Very few institutions study the conduct of war and the development of military practice on the battlefield in the way the Department of History does. This is so much the case that the Department’s Centre for Military History and Strategic Studies dedicates much of its time to delivering courses to the Irish Defence Forces, a partnership of which the Department is justifiably proud. Research into military history by Dr Ian Speller and Dr David Murphy helps to inform modules offered to Maynooth undergraduates and postgraduates and military personnel ranging from Cadets to Commandants – the aim being to develop a better understanding of war and strategy, helping civilian and military students to recognise the place of the Irish Defence Forces in society and the nature of contemporary security and crisis.the technological and  the way it is addressed at Maynooth University. 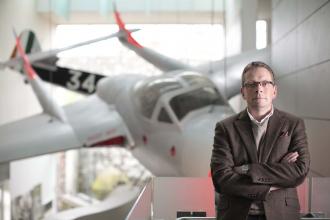 As noted above, war as a historical phenomenon can be approached in other ways, not just through the military lens. The mobilization of economies, cultures and minds in wartime leaves a powerful imprint on the shape of societies for decades afterwards helps determine political discourse and attitudes. Professor Filipe Ribeiro de Meneses’ modules on the First World War and fascism, or Spanish and Portuguese history, and Dr John Paul Newman’s modules on Balkan history, are all informed by this reading of warfare and its effects. Dr Denise Dunne’s work on the European project – shaped by the catastrophic effects of two World Wars in the space of thirty years, as well as the uneasy peace of the Cold War that ensued, is reflected in her modules on international relations and Britain’s place in the European Union.

Religion has influenced almost all historical periods, events and conflicts from the earliest recorded periods in History across all parts of the world. Present-day standards lead to assumptions about religion as a sphere of activity which is divorced from social and state affairs. On the contrary, throughout many periods religion has been all-pervasive in society. The Maynooth University campus may be principally associated with its rich Catholic heritage, but the History Department addresses religion’s historical significance from myriad perspectives. 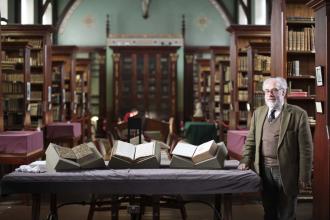 In periods where spirituality was intertwined with everyday life, it is possible to discover its influence and impact in most, if not all, societal developments – from popular customs and traditions to trends in intellectualism, the role of women in the Church, political and societal changes, migration patterns, even mental health and suicide.

This is just a taste of the specialised areas Maynooth University History Department is already known for. While religion in Ireland figures heavily in the Department, other angles are also being scrutinized by historians from an international perspective.

This is just a taste of the specialised areas Maynooth University History Department is already known for. While religion in Ireland figures heavily in the department, other angles are also being scrutinized by historians from an international perspective. Recent internationally-focused research has included projects addressing religion’s impact in wider Europe as well as in parts of Asia.

Academics researching in this area include:
Prof Ray Gillespie

Archaeology provides a unique glimpse into the past. A highly specialized discipline, it can often provide fascinating insights into remote eras, detailing how and why people lived where they did. Dr Michael Potterton’s work on urban and rural landscapes in medieval Ireland, based on archaeological investigations which he has participated in and conducted, tells us much about the nature of Irish settlement from the 12th to the 16th centuries, and is reflected in his undergraduate and postgraduate modules, including those that cover settlement and society in medieval Ireland and the medieval Irish town.

Professor Raymond Gillespie is one of the editors of the Irish Historic Towns Atlas project, based in the Royal Irish Academy, and is a former president of the Group for the Study of Irish Historic Settlement.

Interest in urban history is a feature of the scholarship of other colleagues, including Dr Jacinta Prunty and Dr Jonathan Wright.

The Department of History at Maynooth played a pioneering role in Irish women’s history and the history of Irish feminism, thanks to the efforts of Dr Mary Cullen in the 1970s and 80s. That baton has been passed to another generation, exemplified by Dr Jennifer Redmond, whose research into Irish women in the 19th and 20th centuries is reflected in the undergraduate and postgraduate modules she teaches; in these, the experience and consequences of mass emigration, as well as Ireland’s conservative social mores, are reflected on.

Empire, Colonialism and Decolonization, and Nation-Building

The dream of Empire, inherited from Roman times, remained powerful in Europe for centuries afterwards. Two basic models eventually developed: dynastic multi-national empires, whose territory was within Europe or adjacent to it, and colonial empires, whose territory lay outside Europe. Empire as both a reality and an aspiration had important consequences for the course of history at local, national and global level. The Department of History at Maynooth has a number of specialists working on aspects of Empire and its consequences, not least the struggle for decolonization and subsequent nation-building as the nation-state affirmed itself as the basic political unit across the world. Dr Jonathan Wright, for example, examines the consequences for Ireland of its unique place within the British Empire; Dr Hussam Ahmed, for his part, considers the Egyptian struggle against that same British Empire and the efforts to create a truly independent Egyptian state. Their research informs the modules they teach on the evolution of colonial empires and the history of the modern Middle East.