Role of Irish people in the Spanish Inquisition explored 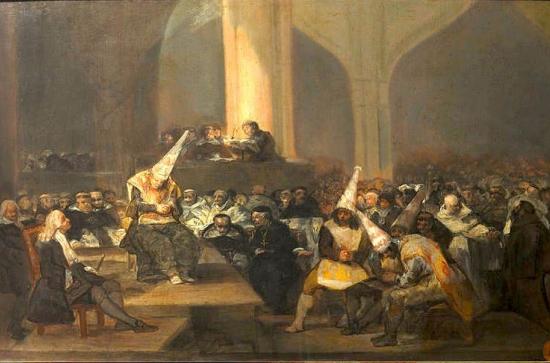 The Spanish Inquisition was established in 1478 to maintain Catholic orthodoxy and prevent the backsliding of those who had converted from Judaism and Islam. Despite its black reputation as a Catholic doctrinal police, the records show that the Spanish Inquisition also played an important role in facilitating the immigration and conversion of the Protestant merchants and soldiers Spain needed to maintain its economy and vast military machine.

It is because of this development that the majority of Irish people who appeared in the Inquisition’s records were processed, not for being heretics, but because they needed to become Catholics.  In a great many cases, they had only recently converted to Protestantism, and it appears that religious conversion was typically less a personal or spiritual event than a practical consequence of professional life and social expectations.

Irish Catholics, who were still vassals of the Protestant monarchs of England, were ideal candidates to assist the Inquisition in this process, and, from 1560 onwards, it began to recruit them as interpreters, censors, and, later, commissioners and local officials. The Spanish Inquisition provided migrant Catholics, especially Catholic clergy, with income and status, and it quickly became a popular destination for the Irish man looking to make his fortune.

As Dr O’Connor observes: “Migration and the diaspora loom large in the Irish narrative; however, the records of the Spanish Inquisition show that the phenomenon of emigration has always been a complex one.  The Irish person arriving in Spain had access to one of the most successful networks in early modern Spain, and the Irish were indispensable power brokers for the Spanish kings.”

Despite this network, some Irish people were unfortunate enough to run afoul of the Inquisition. The most famous Irishman brought before it was Wexford man William Lamport who was arrested in Mexico in 1659 for plotting against the Spanish colonisers and was burned at the stake.  He became a folk hero for the Mexican independence movement and his derring-do, including a legendary prison escape, is said to be the inspiration for Zorro.

While Lamport would go on to inspire folklore, the story of Corkman John Martin is tragic. He was part of an expedition led by the notorious English privateer Sir John Hawkins, which was ambushed by the Spanish navy off the coast of Mexico.  Not being found in time for his initial inquisitorial hearing, it was found that his testimony contradicted those of his previously tried, and leniently treated, crew-mates.  The luckless Martin was handed over to the State authorities, garrotted, and burned at the stake at San Hipólito.

Dr O’Connor continues: “The records have proved to be an untapped treasure of social and geopolitical history.  The characters who appear in them are often larger than life, sometimes tragic, and, frequently, canny and crafty. They provide a fascinating insight into the Irish character that many would find recognisable today.”

Irish voices from the Spanish Inquisition is published by Palgrave Macmillan.