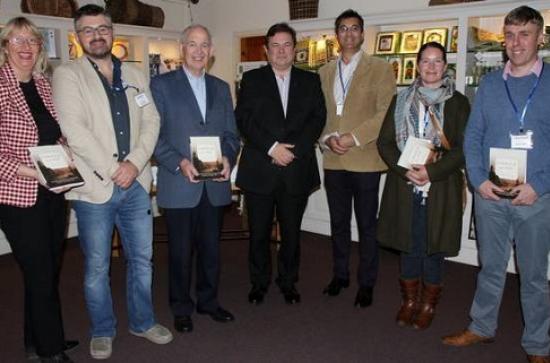 Last month marked the publication of Carrick, County Wexford: Ireland’s First Anglo-Norman Stronghold, a new book on one of the most enigmatic and misunderstood medieval sites in Ireland. The book was co-edited by Michael Potterton, who also contributed an essay on ‘The growth and decline of Anglo-Norman Wexford’. The book was launched in the Irish National Heritage Park at Ferrycarrig in conjunction with a two-day conference.
Pictured at the launch are Cllr Maura Bell, Michael Potterton, Bernard Doyle, Dermot Houston, Stephen Mandal, Catherine McLoughlin and Denis Shine. 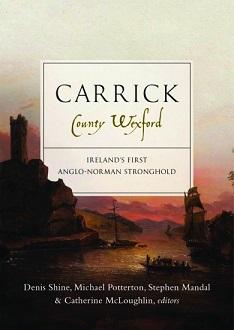