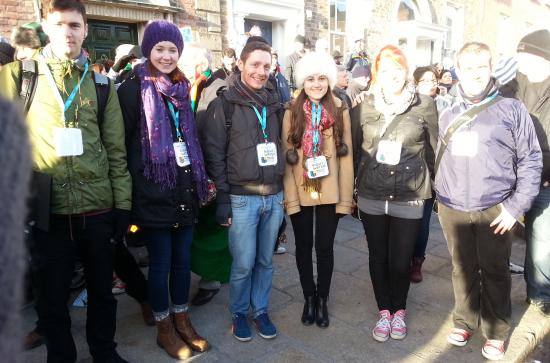 Dr Rory Hearne, Department of Geography Maynooth University, will present the main findings of the report ‘The Irish water war, austerity and the ‘Risen people’: an in-depth study into the views, motivations and political impacts of the anti-water charges movement’ which is based on a survey involving over 2,500 water protestors undertaken in December 2014.

Many political commentators and academics have wondered why the Irish did not protest austerity and the bailout through 2008 to 2013 and why the anti-water charge movement, the largest civil society protest movement that has taken place in Ireland in decades, emerged in 2014. Questions have been raised about whether it is a single issue campaign, an anti-austerity movement, or if it represents a more fundamental change in the Irish public’s approach to, and involvement in, politics.

This report details the outcome of a survey of 2,556 participants in the water protests. It outlines their responses to:

The report includes analysis of the results to the survey and extensive quotations from participants as a way to enable them directly express their views in their own words.

The report provides a number of interesting findings and reflections for Right2Water and others in the anti-water charges movement, and for Irish politics generally, in particular, the possibility of a new political party that might represent the water movement’s views.

To attend please RSVP to rory.hearne@mu.ie