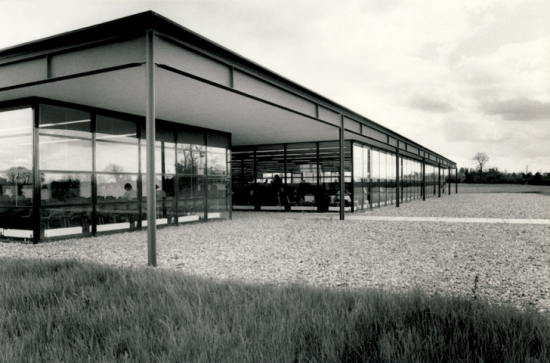 To coincide with the launch of Maynooth University’s new Strategic Plan, Illuminations revisits Robin Walker’s iconic Arts Building (1970-1977).
Built on the North Campus as an educational hub, housing several academic departments, a library and a social area, the Art Building was a visionary building – contemporary, light, and conceived via a modernist aesthetic that was both sparse and beautiful.

‘Redemption’ features photographs of the building just after its completion and an extensive range of details from the original plans. Also included is Talking to My Father(2015),  featuring Robin's son Simon exploring his father's legacy, A Loopline Film directed by Sé Merry Doyle .