Illuminations exhibitions are currently suspended due to Covid-19.

Maynooth University Commemorative Events: Women and the Decade of Commemorations

Women and the Decade of Commemorations: An All Island Perspective
Maynooth University
https://allislandcommemorationnetworkireland.wordpress.com

Three notable aspects of the ‘Decade of Commemorations’ thus far have been the lack of an all-island commemorative strategy; the underrepresentation or outright exclusion of women scholars/ artists/ writers/ activists / stakeholders from major events (the RIA’s ‘Global Perspectives on the Rising’ series and the Abbey Theatre’s ‘Waking the Rising’ programme are two high profile examples); and its domination by historical discourse and by historians. These public talks and roundtable events, taking place at Maynooth University, aim to diversify approaches to the ‘decade of commemoration’. They focus intentionally on ‘women and the decade of commemorations’ as a corrective to the current national conversation, seeking to showcase the scholarly and creative work of women working in an Irish cultural context, as well as to initiate discussion about women of the period of a century ago. Finally, they aim to consider the ways in which the ‘decade of commemoration’ has in fact limited discussion and debate about commemorations perceived to lie outside of its remit (such as the 20th anniversary of the closing of the last Magdalene laundry).

Listen to podcasts of this event by clicking on these links:

This event is open to the public and free of charge. Registration is required as places are limited. Please contact Dr Oona Frawley (oona.frawley@nuim.ie) for further information and to register to attend.

May Keynote (date to be confirmed)
Liz Gillis, Women of the Irish Revolution

This event is open to the public and free of charge. Registration is required as places are limited. Please contact Dr Oona Frawley (oona.frawley@nuim.ie) for further information and to register to attend.

The Great Famine and its Impacts: Visual and Material Culture. Maynooth University, 14-16 March 2016

↵The Great Famine of 1840s Ireland left a profound impact on Irish culture, as recent groundbreaking historical and literary research has revealed. Less well documented and explored, however, is the relationship of the Famine and its related experiences (migration, eviction, poverty, institutionalization and urbanization) to the visual and material cultures of Ireland. This conference, which was hosted by Maynooth University and organised as part of the NWO-funded International Network of Irish Famine Studies, aimed to consider broadly how the material and visual cultures of Ireland and its diaspora (including painting, sculpture, photography, drama, architecture, film, dance, ritual, musealisation, heritage, archaeology) intersect with the multiple impacts and experiences of the Famine.

Taking a broad approach to the impact of the Famine on visual and material cultures, the conference bought together scholars from various fields to promote new, cross-disciplinary dialogues to deepen our understanding of the Famine’s cultural history. 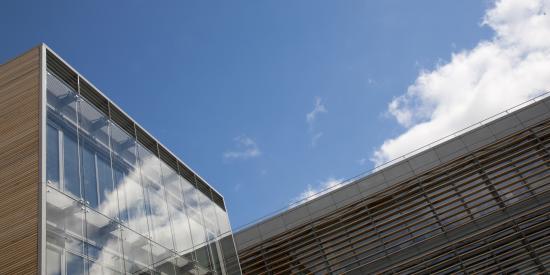 Department of English Event: GAZA: A conversation with Garry Keane and Andrew McConnell