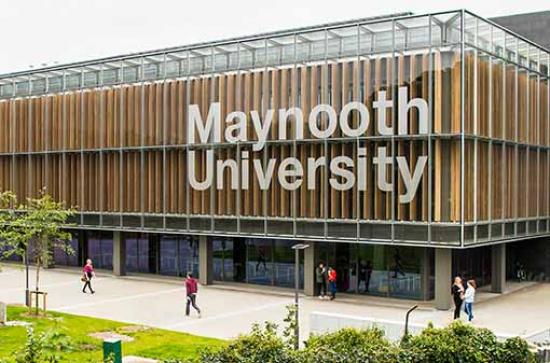 The Irish government announced today details of a multi-million euro national research initiative that will result in a significant investment in Maynooth University.  The investment commits between €8-10 million in high-tech research funding to the University under the Science Foundation Ireland (SFI) Research Centres programme.
Speaking at the announcement in Dublin Castle, Minister for Jobs, Enterprise and Innovation Richard Bruton said, “A key part of the Government’s Action Plan for Jobs is to build on the major achievements in scientific research we have built up over the past decade and turn more good ideas into good jobs. Today’s announcement will lead to the establishment in Ireland of world-class centres of research excellence and scale which will be game-changers for Irish scientific research.”

The Department of Electronic Engineering, in partnership with Department of Computer Science and the Department of Mathematics and Statistics, will receive a substantial portion of this funding to support world class research in the areas of radio communication systems for future telecommunications as part of the new CONNECT centre.  There will also be support for work in the area of Smart Cities under Prof. Brian Donnellan of the Innovation Value Institute (the LERO Centre) and in the area of geotechnologies with Dr. Tim McCarthy of the National Centre of Geotechnologies (the iCRAG Centre).

Prof. Mahon hinted there were further investments to come. “We have world-class scientists and engineers here and it is no secret that we are making Maynooth University the go-to place for information and communications technology research in Ireland. This investment is likely to be just the start, and I expect us to announce more in the next 12 months.”