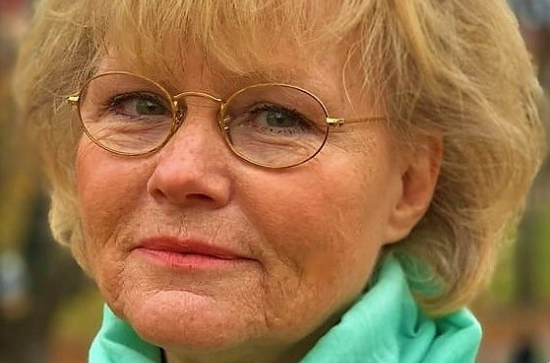 Ambiguous Arrival: Emotions, Emplacement and the Migrant Encounter with Sweden

Sweden is relatively new as an immigration country, and there used to be a claim to an ethos of ethnic inclusivity, in policy as well as in informal interaction. This claim has, however, been contradicted in  autobiographical fiction by migrant writers. Drawing on a literary anthropological study of migrant writing, Helena will explore three autobiographical stories of arrival to Sweden in terms of emotions, emplacement and the migrant encounter along a time axis. While writing about experiences of exclusion as well as instances of integration, these writers are diversifying Sweden from within.

Biography
Helena Wulff is Professor of Social Anthropology at Stockholm University. Her research is in the anthropology of communication and aesthetics, based on a wide range of studies of the social worlds of literary production, dance, and visual arts. She is the author of Ballet across Borders: Career and Culture in the World of Dancers (1998), Dancing at the Crossroads: Memory and Mobility in Ireland (2007), and Rhythms of Writing: An Anthropology of Irish Literature (2017) as well as many articles and edited volumes, including Youth Cultures: A Cross-Cultural Perspective (with Vered Amit-Talai, 1995), New Technologies at Work: People, Screens and Social Virtuality (with Christina Garsten, 2003), The Emotions: A Cultural Reader (2007), Ethnographic Practice in the Present (with Marit Melhuus and Jon P. Mitchell, 2010), The Anthropologist as Writer: Genres and Contexts in the Twenty-First Century (2016) and World Literatures: Exploring the Cosmopolitan-Vernacular Exchange (with Stefan Helgesson, Annika Mörte Alling and Yvonne Lindqvist, 2018). She was Chair of the Swedish Anthropological Association (SANT), Editor-in-Chief (with Dorle Dracklé) of Social Anthropology/Anthropologie Sociale, the journal of the European Association of Social Anthropologists (EASA) and President of Society for Humanistic Anthropology, a section of the American Anthropological Association. She is currently the editor (with Deborah Reed-Danahay) of the book series “Palgrave Studies in Literary Anthropology” and editor (with Jonathan Skinner) of the book series “Dance and Performance Studies” published by Berghahn.