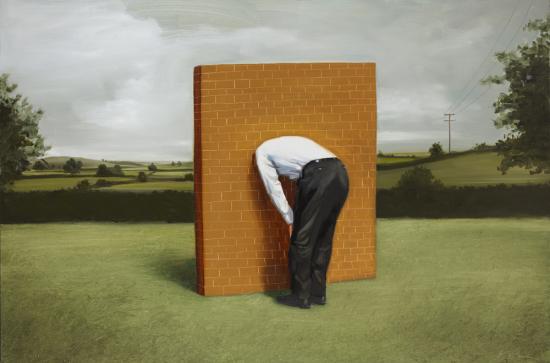 Oliver Jeffers is internationally renowned for his award winning children’s books, illustrations and artwork.  Illuminations will exhibit a wide range of Jeffers’ retrospective artwork, highlighting the development of his ideas and techniques, his humour and his profanity.
Featuring over one hundred images, grouped thematically, the exhibition opening on February 10th will afford audiences the opportunity to witness the vitality and imagination of one of Ireland’s most important contemporary artists at work.
The New York based artist has exhibited widely across the world and has accumulated numerous prestigious awards including the Kate Greenaway Medal, The Bisto Book of the Year Award, The Irish Times Book Awards, The Blue Peter Book Award and a New York Emmy Award.  In addition, his books have been translated into over 30 different languages to date.
As recently as December 2013 Jeffers was invited to direct U2’s ‘No Ordinary Love’ music video for the film, ‘Mandela: Long Walk To Freedom’.  In the same year his children’s book ‘The Day the Crayons Quit’ was #1 in the New York Times Best Seller List.
Oliver Jeffers at Illuminations is curated by Dr Colin Graham, Maynooth University Senior Lecturer of English.  Illuminations is a digital-visual exhibition space in the School of English, Media and Theatre Studies at Maynooth University. Illuminations brings together work in the visual arts and in academia, celebrating innovation, ideas and creativity.
See illuminations.nuim.ie.