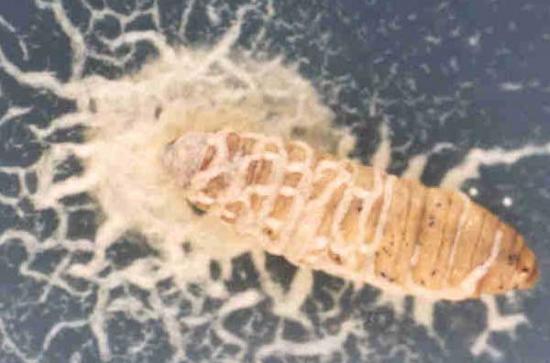 Biological control is based upon the natural enemies of harmful organisms such as viruses, bacteria, fungi, nematodes and insects. These natural enemies are bred by manufacturers and sold as ready-to-use control products. The project will focus on solutions for diseases such as powdery mildew in cereals, brown rot in stone fruit and pest insects (gypsy moth and pine weevil) in forestry.

A team of Maynooth University scientists, led by biologist Dr Christine Griffin, will work alongside 27 European partner institutions across 14 countries, including Irish forestry experts from Coillte, to find a biological alternative to the chemical methods currently being used for major pesticide applications. Dr Griffin’s team at the Department of Biology has an established reputation for research on entomopathogenic nematodes, parasites which can actively seek out and kill insects in soil and other cryptic environments.

As EU regulation of the use of chemical controls becomes more restrictive, the replacement of chemical control with biological alternatives is becoming an increasingly important issue for farmers and foresters across Europe. Moreover, the demand for even lower pesticide residues from buyers in the Irish food industry continues to grow, particularly in the organic farming sector.

Discussing the new project, Dr Griffin said: “We are delighted to be working alongside some of Europe’s leading biologists on this important project. Ireland’s National Action Plan for the Sustainable Use of Pesticides promotes the use of biological agents over chemicals as long as they give satisfactory pest control and this project will provide a major boost to the biological control market.”

The BIOCOMES project is focusing on the economic sustainability of products during the development process, as well as their environmental sustainability, an approach designed to guarantee a quick and successful introduction to the market for each biological control product developed. The total budget of the BIOCOMES project is €12million, of which €9million is EU funding.

For more information about this project: http://www.biocomes.eu/pest/large-pine-weevil/

Photocaption: ​Thousands of nematodes emerge from an insect that they have killed.