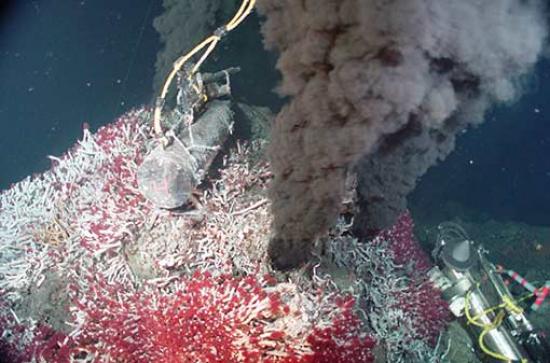 Evolutionary leaps in the world of microorganisms have resulted in dramatic changes in how life on the planet evolved, according to recent breakthrough research conducted by a team of researchers from Maynooth University and scientists from Germany and New Zealand.

The research, which has just been published in the journal "Nature", analyses horizontal gene transfer (HGT), the phenomenon whereby prokaryotes (tiny cells that lack a cell nucleus) transfer genetic material far across their species’ boundaries, taking ownership of neighbouring genes and transferring them into their offspring. Over time, this transforms one microbial species into another, a process which in nature is similar to artificial genetic modification carried out in controlled laboratory settings.

Although scientists have known about HGT since the middle of the last century, until recently biologists thought HGT was limited to special categories of highly selected genes, such as those for antibiotic resistance. However, this new research has found that HGT is a major force in the evolution of life, and transformed many major groups of archaebacterial, the most primitive microbes known. The research proposes that evolution occurred by sudden leaps and bounds, with whole genes for new traits changing hands, not just point mutations.

Discussing his team’s research, Professor James McInerney, an evolutionary biologist at Maynooth University Department of Biology, said we are constantly learning more about the evolution of life on Earth.

“We have known about HGT for many years," Professor McInerney said.

"However, the closer we look, the more of it we see. We are at a tipping point in our understanding of evolution, where the old idea that vertical transmission of DNA from ancestors to direct descendants is giving way to a viewpoint that, among microbes, horizontal transfers of DNA are just as important."

“We are not saying that the previous picture of evolution is not true, simply that it did not give enough credit to a particular evolutionary mechanism and our study shows that this mechanism is hugely important. Had Darwin known about the curious patterns of characters that microbes share across broad taxonomic boundaries, he surely would have been relieved that HGT was responsible, and that his theory is alive and well today, but with new twists among microbes.”

“Our work is not the first to show that HGT has happened during the evolution of organisms, but it shows that an enormous group of microorganisms owe a significant amount of their uniqueness to this process,” Professor McInerney said.

The team used extensive computer clusters to study the evolutionary history of the genes of archaea.  The sequences of these genes can be compared with all other life forms and the evolutionary relationships for each gene were worked out based on the sequences. The research showed that significant numbers of genes were not native to the archaea studied, but rather those genes were acquired at specific time points during microbial evolution. The team found that for microscopic life HGT is more important than point mutation in generating diversity within and between populations. The events that the researchers identified entail, in some case, hundreds of genes at once hopping from one species to another.