On-line archive of spoken Irish from the 1920s & 30s launched

On-line archive of spoken Irish from the 1920s & 30s launched 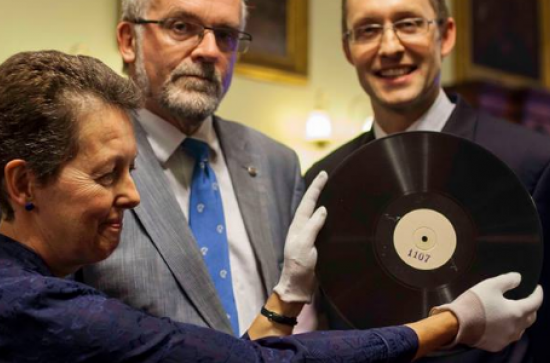 Academics from Maynooth University have been working with The Royal Irish Academy, to put a unique record of the sounds of Irish as it was spoken throughout Ireland in the 1920s and ’30s online.

www.doegen.ie is home to audio recordings made by Dr Wilhelm Doegen, who came to Ireland eighty-five years ago at the request of the new Ministry of Education, to make a permanent record of the spoken language in all districts in which it was still spoken. The project ran from 1928 to 1931, and 136 speakers from 17 counties recorded 400 stories, songs, prayers, charms and parables. The original wax matrices were transferred to Berlin and reformatted onto shellac disks.

Although the shellac recordings have been long known to linguists, the Academy Library wanted to make them freely available to all via a digital archive on the internet. In 2008, with a funding grant under the Higher Education Authority’s PRTLI4, the Academy Library commenced a project to transfer the recordings to the web, together with annotated transcripts of content, speaker details, translations of the transcripts and other data.

The site is fully bilingual. It will enable linguistic, folkloric and musicological research and teaching, as well as providing a resource for family and local history.