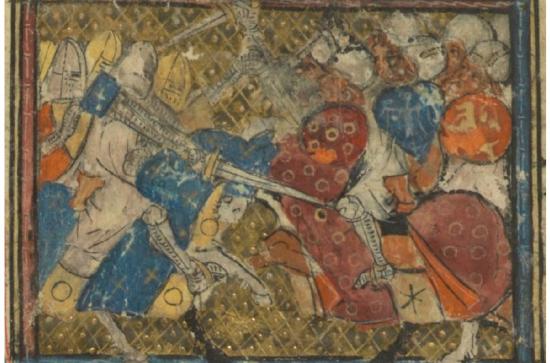 The Maynooth University School of Celtic Studies in association with St Patrick's College Maynooth invites you to the Fourth Annual Paul Walsh Memorial Lecture given by Dr Aisling Byrne (University of Reading):

‘Translating Europe: imported narratives and Irish readers at the end of the Middle Ages’

A group of fifteenth-century manuscripts feature a range of literary works translated into Irish from other vernaculars. Many of the sources for these translations seem to have come from England, and were often in English. However, the works translated tend to reflect ideas and literary tastes that are more broadly European. These translations engage with the ideals of chivalry, with crusading, and with popular modes of writing such as travel accounts, the chansons de geste and Arthurian romance. Like many texts that fall between traditional disciplinary boundaries, these translations have been rather neglected. This lecture will explore some of the questions they raise. Who translated and read these works? What social, historical and cultural currents might have influenced the types of texts that were translated? What impact did these works have on the cultural environment in which they circulated?