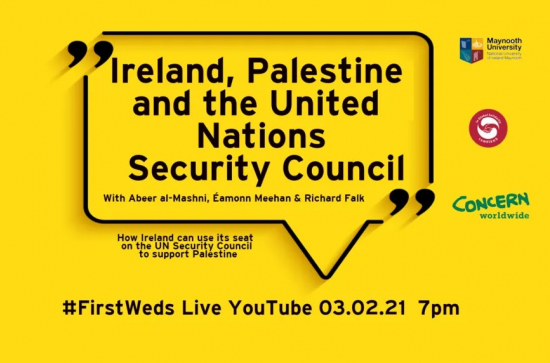 Niamh Rooney from the Department of International Development moderated an engaging discussion on Ireland, Palestine and the UN Security Council for the first Comhlamh First Wednesday event of 2021.

The panelists for the event were Richard Falk, Abeer al-Mashni and Eamonn Meehan. Some key messages from the discussion were that:

Recommended actions from the discussion: