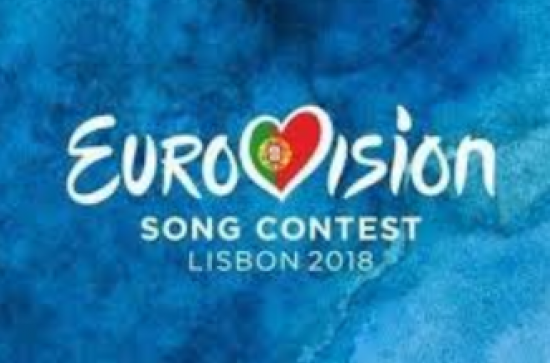 Since the inaugural competition in 1956, the Eurovision Song Contest has been a bastion of European pop culture, as well as a flashpoint for debate over relationships between different European countries, and even as to what makes a country European.

One of its more contentious aspects is its system of voting. In the past, Eurovision has had voting systems that were 100% based on jury voting and then 100% based on televotes (votes from the public).

More recent variants (2009-2015) combined national jury and audience votes to award points to contestants, but in the latest model (used since 2016) each country now awards separate sets of jury points and televote points.

While the voting system has seen changes, there has been a consistent stereotype that blocs of countries repeatedly vote for each other out of solidarity and friendship, rather than based on the quality of entries themselves.

It is certainly true that by looking closely at Eurovision voting over the last few decades, we can learn a lot about the changing relationships between European nations.

The presentation is part of Maynooth University’s one-day #Eurovision Unplugged conference, taking place on Wednesday, 14 March 2018. The theme of the day is The Eurovision Song Contest – The Geography, The History, The Votes and The Songs.

According to Dr Kavanagh’s research, voting patterns in the Eurovision Song Contest reflect three main factors, changes in musical trends and taste, changes to the countries eligible to take part in the contest, and changes to the voting system.

Dr Kavanagh says: “We see that voting patterns for the Eurovision Song Contest were relatively consistent from 1998 onwards, when televoting was brought in and a number of Eastern European countries were taking part.

“Successful, or at least relatively successful countries in Eurovision have generally benefitted from having supportive friends and neighbours – most notably in the case of the Former Yugoslav and ex-Soviet states – or by having a strong diaspora across Europe, such as Turkey, Armenia and Romania.”

“In fact, we can clearly see countries that lack these two things, such as Switzerland and Slovenia, consistently struggling to score high points in the competition.”
Eurovision offers participating nations the chance to represent themselves on a global stage, change the image others may have of them, and cement relationships with their neighbours. It even allows nations challenge what constitutes ‘European’.

Dr Kavanagh comments: “Eurovision allows countries to claim their place on the European stage. For example, when Estonia won the contest in 2001 and hosted it in 2002, this gave the former Soviet state a platform to show it was a normal, independent country, as well as an integral part of Europe.”

Inclusion in Eurovision is not without controversy however, with questions often being raised of Israel’s participation, and more recently Australia’s. On this, Dr Kavanagh refers to comments made to the Irish Times by Sietse Baker, organiser of the 2017 Eurovision Song Contest, who said: “Europe’s map has changed for thousands of years […] Our view was that Eurovision is not so much about the ‘Euro’ part, but the ‘vision’ part, and if Australians say ‘We believe in that vision’, they are welcome.”

As to whether Eurovision voting can really be called political, Dr Kavanagh suggests that other factors tend to be more evident, such as geographic proximity (friends and neighbours voting) and cultural closeness.

Cultural closeness, rather than geographic proximity, for instance, explains why Ireland tends to win more votes from the “Viking Bloc” and the Baltic States than it does from countries that are geographically closer, such as France. Dr Kavanagh argues that the “real political” voting at Eurovision is often more associated with the votes case from the professional juries.

Other participants at the conference will include:

#Eurovision Unplugged takes place on Wednesday, 14 March from 11:00am to 3:30pm, in Room 11, School of Education, Maynooth University (North Campus).
The Eurovision Song Contest 2018 takes place from 8 May 2018 in Lisbon, Portugal, with singer-songwriter Ryan O'Shaughnessy set to represent Ireland in Semi Final 1 with his song Together.