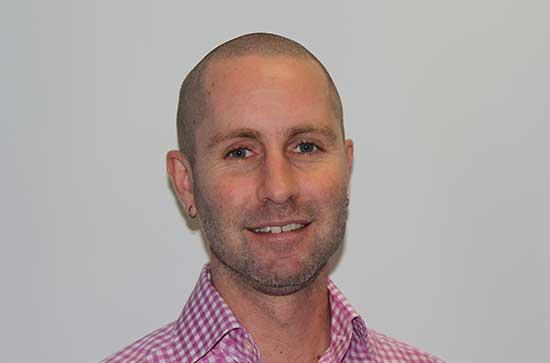 The AARG Distinguished Service Award is given to a living anthropologist in recognition of her or his exceptionally meritorious contributions to the improvement of the health of people infected with or at risk of infection with HIV. The award will be presented at the Society of Medcial Anthropology Awards Ceremony on Saturday, 14 November 2020.

Excerpt from his nomination letter

Tom has combined AIDS activism with his anthropological vocation ever since he was an undergraduate at Reed College. He was active in Oregon area groups such as Radical AIDS Truth Squad (RATS), and ACT UP Columbia, even as he worked on his 1992 BA thesis on HIV risk and blood donor eligibility guidelines, drawing upon the work of Mary Douglas. He received a doctorate for his medical anthropology focused dissertation, ‘Pikosa: Loss and Life in the Papua New Guinea Highlands’ from Princeton University in 2004. In the space of a single week in 2006, he learnt that he had contracted HIV and that he had been appointed to a teaching position in the Department of Social and Cultural Anthropology at the University of Helsinki. Following his move to Ireland two years later, he began volunteering with the Gay Health Network in Dublin, serving on its Board of Directors (2009-14). As a member of the research committee of the 2015-20 National Sexual Health Strategy, he began to help shape the research agenda that was to inform Irish government policy. Grasping the political nature of HIV, and aware that there was a notable absence of a sense of urgency and of government responsiveness to Ireland’s AIDS crisis, he became one of the founding members of ACT UP Dublin in 2016. He sees HIV as a political process, and he has worked hard to bring attention to the kind of people that HIV strikes and to the value of their lives both through direct action campaigns with ACT UP Dublin and through his impressive work as a public intellectual. See, for example, this Op-Ed in The Irish Times (https://www.irishtimes.com/opinion/how-can-there-be-such-thing-as-guilty-or-innocent-hiv1.2887952), where he fiercely confronts the global inequities exacerbated by HIV, contrasting his adopted sister Helen’s death in Papua New Guinea with his own survival as an HIV+ gay man in Ireland.

Tom also lives out his political commitment in his everyday practice as an anthropologist. Ever since he first spoke publicly about his own experience as an HIV+ gay man at a World AIDS day event at Maynooth University in 2013, he continues to chip away at stigma by remaining open about his HIV+ status. A much-loved teacher, he tells his classes that “it’s in the room with you” (referring to the human immunodeficiency virus), as he painstakingly works through their fears and misconceptions year after year. His current research project ‘Culture and sexual risk: Gay male sexual worlds in Ireland today’, funded by a prestigious Irish Research Council COALESCE grant, will provide rich ethnographic material from a standpoint that has been conspicuously missing from much HIV research in Ireland and elsewhere, that of a researcher living with HIV.

AARG is a network of scholars, activists, and practitioners interested in research on HIV/AIDS. As a membership organization we provide a forum for anthropologists who are engaged in work around HIV/AIDS in all regions of the world to meet and communicate about their work.

AARG was established in 1987 and maintains a membership of roughly two hundred individuals. Although our focus is on anthropological approaches for understanding and addressing HIV/AIDS, one does not have to be an anthropologist to join. We are an interest group of the Society for Medical Anthropology (SMA), which is a section within the American Anthropological Association (AAA).