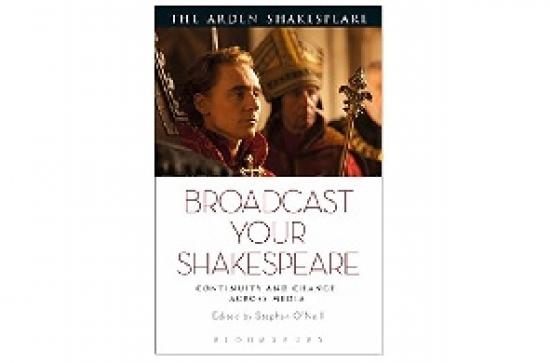 Building on the media turn within Shakespeare studies, Broadcast Your Shakespeare by Dr Stephen O'Neill approaches Shakespeare as a series of media stories at once old, new and ongoing. In thematically arranged chapters, contributors consider a variety of media from television, radio and film to social media networks and look at the continuities between historical and contemporary media representations of Shakespeare. Writing at the intersection of Shakespeare studies and media studies, this book investigates the impact media has upon us as readers, viewers and users of Shakespeare. It also explores fan reactions to Shakespeare through media of their own, from Tumblr fan art to vlogging and Twitter.

“An urgent and lively collection, Broadcast Your Shakespeare operates at the intersection of new technologies and new Shakespeares. Its diverse, sensitive and politically engaged contributions interrogate the value accrued by Shakespeare in creative play and broadcasted identities across a wide range of media, calling for both attention and action”