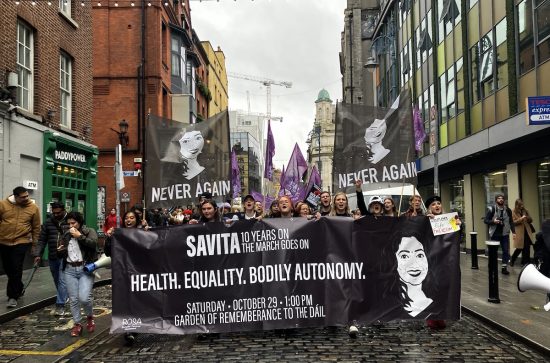 Between 2012 and 2018, Ireland experienced a massive shift in public attitudes and law surrounding abortion. The shift was prompted, in part, by one news article that told the story of Savita Halappanavar, a woman who died of sepsis in Galway, and caused worldwide debate about Ireland's abortion ban. Over the next several years, as Ireland grappled with its abortion laws and eventually held a constitutional referendum, reporters and editors across the country had to figure out how to cover this controversial and divisive topic. Using interviews with journalists, this research has dived into the varied notions of "balance" in reporting, and the philosophies and emotions that guided various news outlets' decisions.

Emily Siner is a U.S. Fulbright Scholar based at Maynooth University, where she's studying how journalists covered the abortion debate in Ireland. For five years, she served as the news director at Nashville Public Radio (WPLN News), where she oversaw an innovative newsroom that's frequently recognized for its service to local journalism. She was the editor of the Peabody Award-winning podcast, The Promise, about inequality in public schools, and co-edited a longform investigation on the juvenile justice system in Tennessee, which was a finalist for the Pulitzer Prize. She was named ’40 Under 40′ by the Nashville Business Journal in 2022.