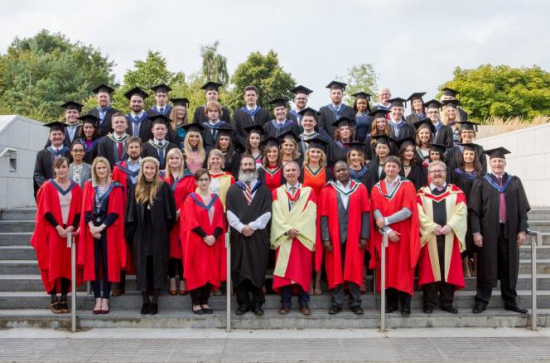 Maynooth University Department of Law has been renamed the School of Law and Criminology, in recognition of the rapid growth in staff and student numbers on its law and criminology programmes. The change will be phased in over the coming months and will be complete at the start of the academic year 2022-23.

Criminology can be described as the scientific or empirical study of crime, offenders and criminal justice. It is a rapidly expanding discipline, driven by strong market demand for these programmes in the UK, US and Europe, and these trends are now being mirrored in Ireland.

In Ireland, Maynooth University has been at the forefront of the development of the discipline through the roll out of exciting new, and unique, postgraduate and undergraduate programmes. In 2016, the Department launched the MA in Comparative Criminology and Criminal Justice followed in 2017 by the first BCL in Law and Criminology in the Republic of Ireland. The growth of these programmes has been extraordinary so that we now have the largest student numbers studying criminology on the island. The university has also invested in its staffing base in this area so that the School is now home to the largest cohort of criminologists in the Republic of Ireland. The move to a School of Law and Criminology therefore plays to our strengths as a collective, which are predominantly socio-legal in orientation, and as a centre of excellence in a field that is growing rapidly both nationally and internationally.

The move to rename the Department also reflects the strong growth in its law programmes. Maynooth is the fastest growing Law School in Ireland, and amongst the largest common law academic units in the EU, with undergraduate students studying the Bachelor of Laws programme (LLB) or choosing to combine the study of law with another subject via our BCL programmes (Law and Arts; Law and Accounting; Law and Business; Law and Criminology). At postgraduate level, we offer taught master’s programmes (LLMs) in International Business Law, Global Legal Studies, and International Justice. We also have a large and rapidly growing cohort of doctoral students, many funded by the Irish Research Council and the John and Pat Hume Scholarship programme.

We have the largest permanent faculty of any Law School in the Republic of Ireland, and we place a very strong emphasis on research. The School is currently home to two European Research Council (ERC) awardees, and staff members regularly publish in leading international academic journals, and with leading international publishing houses. In addition to Criminology and Criminal Justice, the School has particular research strengths in the areas of International Justice, Law and Technology, EU Law and Policy, Global Business Perspectives, and Comparative Legal Theory.

The School was one of the first two Law Schools in Ireland to successfully secure an Athena SWAN Bronze award, which recognises work undertaken to advance gender equality for staff and students in Higher Education.

Building on these firm foundations, the School looks forward to making further contributions to the disciplines of law and criminology both nationally and globally.