The Department of Law offers a structured PhD programme, which provides a framework that facilitates independent research, whilst also providing milestones for measuring progress.

Our students are equipped with methodological and analytical tools for advanced research in law through a number of taught modules across the Faculty of Social Science. These are supplemented with one-on-one supervision meetings. Students are also given opportunities to actively engage in other aspects of academic writing and publishing during the course of their education. In addition, the Department of Law’s Research Seminar Series offers a constructive forum for presenting and debating research.

Biography: Siobhán graduated with a First-Class Honours Bachelor of Laws Degree (LL.B.) from Maynooth University in 2014. Siobhán attended the Honorable Society of Kings Inns and obtained the Barrister at Law Degree (B.L) in 2015 and she was called to the Bar of Ireland as a qualified Barrister. Siobhán proceeded to work in Dublin law firms for two years obtaining practical experience and exposure in multiple areas of law including family law, litigation and regulatory law. Siobhán returned to Maynooth University in September 2017 as a John and Pat Hume Scholar to conduct a PhD in the area of comparative criminology and youth justice.

Thesis Title: “Contrasts in Tolerance?”: A cross -sectoral analysis of punitiveness in the adult and youth criminal justice systems of Ireland, Scotland and the Netherlands 1990 – 2015.

Abstract: There has been much discussion on the increase of punitiveness or harshness in the criminal justice systems over recent years as demonstrated by the eightfold increase in imprisonment rates in the United States since the 1970s and significant increases in many western jurisdictions. This tendency towards a harsher approach appears to have been mirrored in the juvenile justice system, for example, the doubling of the population of children detained in the UK since 1993. One aspect of the debate which has arguably been under-explored in this regard is cross-sectoral variation within countries, namely, divergence in some countries between the adult and youth justice systems and a more consistent approach across the two sectors in other jurisdictions. This raises important questions about cross-sectoral ‘contrasts in tolerance’ and the determinants of these policies, including intriguing questions about the historical, cultural, economic, social factors preserving (or not) a distinct approach to youth justice in certain jurisdictions. This research will seek to answer such questions by conducting a case-within-a-case comparative case study on cross-sectoral punitiveness within the criminal justice systems of Ireland, Scotland and The Netherlands. 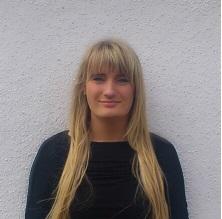 Biography: Danielle graduated from Griffith College Dublin in 2014 with a Bachelor of Law degree, followed by a Masters in International Law in 2016. Her LL.M. thesis explored the transition from the Safe-Harbour Principles to the E.U.-U.S. Privacy Shield. In 2017, Danielle was invited as a guest lecturer to speak to the LL.M. class in Griffith College Dublin. Danielle was accepted into Maynooth University’s PhD in 2018 under the supervision of Dr. Noelle Higgins.

Abstract: Danielle’s doctoral research examines how the right to culture is protected in transition from war to peace.

Publications: Danielle has published material in the Human Rights Consortium Blog hosted by the School of Advanced Study in the University of London.

Conferences: Danielle has presented research in Maynooth University’s 2018 conference on
“The Universal Declaration of Human Rights at Seventy; A Review of Successes and Challenges, 21st and 22nd June 2018”;
and in University of London’s 2019 Human Rights Research Students' Conference.

Biography: Claire McGovern graduated from Maynooth University with a first-class honours LLB Degree in 2016. During her time at Maynooth Claire interned with the Legal Aid Board which first sparked her interest in family law and property matters. In her final year Claire was awarded the Walls & Toomey Family law prize for coming first in the Family Law Module and after graduation she worked as a legal intern with Walls & Toomey Solicitors for one year. In 2017 Claire was awarded a John and Pat Hume Scholarship to return to Maynooth and conduct her PhD studies in the area of property law and bioethics under the supervision of Dr Neil Maddox. Claire is actively involved within the Department of Law and has conducted undergraduate tutorials in Land Law.

Thesis Title: The extent to which gametes and embryos may be treated as property and the legal consequences of this

Abstract:
The rapid advancements in biotechnology have inevitably led to legal conflicts. Nowhere is this more manifest than with the development of artificial reproductive technologies. For instance, the practice of cryopreservation enables medical practitioners to remove, freeze and store both reproductive cells and embryos ex vivo. However, this increased handling and subsequent preservation of human tissue poses a myriad of issues for judicial concern. Recent years have seen an increase in litigation, whereby the concerned parties dispute the status of both gametes and embryos for the purposes of either possession, control, use, disposal, or profit. At issue in these cases is whom shall have dominion over the relevant tissue. Moreover, the courts language of ‘possession’, ‘use’ and ‘disposal’ etc. is terminology which is commonly affiliated with the law of property.  Animosity centred on the ownership of human tissue is only going to escalate within the coming years and as it stands, the precise legal status of both gametes and embryos remains unclear. In order to effectively resolve these conflicts the court must have an appropriate framework in which to work. Thus, the objective of this research is to examine the extent to which gametes and embryos may be treated as items of property and to explore the varying legal consequences of this.

Biography: Rebecca Murphy graduated from Maynooth University with a double first-class honours degree in law and music (BCL). Since July 2015, Rebecca Murphy has been employed by the Courts Service as a judicial assistant/researcher for Her Honour, Judge Rosemary Horgan, and President of the District Court, who has extensive knowledge in all areas of family and child care law. Rebecca’s role as a judicial assistant/researcher has allowed her the opportunity to witness the realities and in some cases the distresses of family and child protection proceedings brought before the Dublin Metropolitan District (DMD) on a daily basis.

Publications: Rebecca Murphy has been involved in the completion of various Bench Books and Handbooks for the Irish Judiciary, most recently a Handbook on ‘Mental Health and Section 25 Applications’. All of these are published on the judicial intranet for judicial use.

Biography:
Anil has completed his undergraduate education in law at Bilkent University (Turkey), graduating with a B.A. in 2016. During his undergraduate education, Anil participated in the Erasmus exchange program and spent a semester in University of Dundee (Scotland, UK) in 2014, where his interests stemmed on the evolving nature of the legal theory.
Then, Anil has received an LL.M. degree in International and Comparative Law from Trinity College Dublin in 2017. His master’s thesis explored how pre-contractual liability is conceptualized in different legal systems and how it is addressed under European Private International Law.
Anil is fluent in English and Turkish, and has some knowledge of French and Latin.

Provisional Thesis Title: Beware of the Affable Stranger: Responding to the Legal Challenges of Social Robotics

Abstract:  This research aims to identify and explain the legal concerns that might arise with the integration of social robots in ordinary course of everyday life, to construe the ‘best practice’ in addressing the legal concerns around social robots, and to examine how such a best practice can be articulated in a manner consistent with the theoretical structure of current legal systems. When the multitude of the roles that social robots can serve is considered, it is no surprise that they are subject to numerous legal concerns that the current legal systems are not able to efficiently resolve. These include, but are not limited to: robots’ infliction (intentionally or negligently) of damage on third parties through their own intentional acts (Tort Law);  possibility of robot agents’ acting without or exceeding their authority and causing financial ruin of their owners (Contract Law); performance of a criminal act by a robot without the criminal intent of the owner/designer and abuse/maltreatment of the robots with humanoid/zoomorphic physical embodiments (Criminal Law); disclosure of information to social robots, potential invasion of privacy by 24/7 surveillance, and manipulation through the interactions with the social robots. (Privacy and Data Protection Law) ‘Best practice’ for solution of the legal issues of social robotics, at this stage of the research, is considered to be a three-dimensional  legal framework: (1) Giving social robots legal personhood, for the efficient and fair resolution of legal issues relating to the intentional acts of social robots; (2) Maintaining the vicarious liability where the intention/negligence of the manufacturer, designer, or user is the source of the legal issues; (3) Bringing standards in regards to privacy & data protection concerns, and enforcing strict product liability for the damages caused due to the breach of these standards.