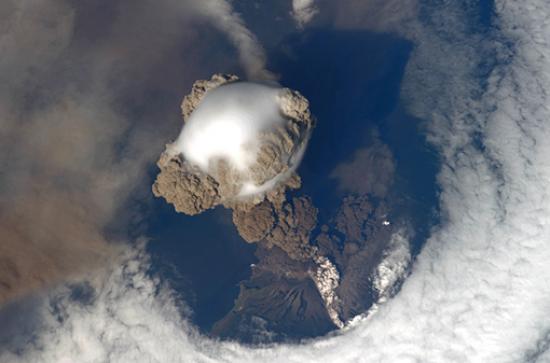 Volcanoes are rarely included in simulations of future climate, because eruptions cannot be predicted. Using the behavior of past eruptions as a substitute, a new study warns that 21st Century climate may be more variable than previously thought.

The findings, from an international team led by Ingo Bethke from Uni Research and the Bjerknes Centre for Climate Research, along with Maynooth University’s Professor Peter Thorne, are published in Nature Climate today.

The study suggests that future volcanism will likely increase stresses on ecosystems and society by causing a more fluctuating climate with more extremes. “By excluding volcanoes, existing projections of future climate miss out on how much the global climate may vary from year to year or decade to decade,” says Bethke.

Volcanoes cool the Earth
In Bali, 75 000 people were evacuated last week, for fears of an eruption from the volcano Mount Agung. Even a few days ahead, it is not possible to predict a volcanic eruption, but repeated tremors and gas coming out of the crater indicates that an eruption may occur soon.

Mount Agung is one of 120 active volcanoes in Indonesia, and throughout history, eruptions in this region have affected the world’s climate. Explosive volcanic activity acts to cool the surface of the Earth, sometimes for several years and has impacts on other aspects such as rainfall.

The devastating eruption of the volcano Tambora in Indonesia in 1815 cast a veil of aerosols over the Earth. A weather-wise extreme year followed, with frost destroying crops in Europe and North America. The year 1816 has been termed ‘the year without summer’. After the last eruption of Mount Agung, in 1963, the global temperature dropped between 0.1 and 0.4 degrees.

Climate prediction without volcanoes
Presently, climate impact and risk assessments were based on climate model simulations that did not include realistic volcanic influences in the 21st Century and hence did not cover the range of possible future outcomes.

To exclude eruptions from such simulations has been a natural choice because eruptions cannot be predicted in advance and there have been only a few such events in recent decades.

Meanwhile, increasing computer power has enabled scientists to run larger numbers (so-called super-ensembles) of climate simulations, with each simulation representing a possible climate future. These can be used to better explore climate variability and changes in climate extremes.

Climate prediction with volcanoes
Combining knowledge about past volcanism with running sixty possible volcanic-future simulations, Bethke and colleagues demonstrate that including plausible volcanic activity is both possible and important in future assessments.

A future with higher volcanic activity than in the recent past, would cause a more fluctuating climate. This would increase the stress on ecosystems and society. “If we are to be climate resilient, it is important to account for potential volcanic activities in our planning,” says co-author Peter Thorne, from the Irish Climate Analysis and Research Units at Maynooth University.

Thorne stresses that such short-term volcanic cooling will not mitigate long-term human-induced climate changes. “Even the most extreme plausible volcanic activity in the 21st Century causes little reduction in temperatures at the end of the century.”