Levke Caesar proved in her doctoral thesis that the major Atlantic overturning current (also called Gulf Stream) has weakened by about 15% since the middle of the 20th century. The Gulf Stream transports huge amounts of warm water from the Southern Ocean and the tropical Atlantic to higher latitudes, contributing among other things to the mild winter climate in Western Europe. Using time series of sea-surface temperatures and a high-resolution climate model, Levke Caesar and colleagues from Germany, Spain, and the U.S. reconstructed the development of the Gulf Stream system since the end of the 19th century. They used data obtained since 2004 from instruments measuring the development of the Gulf Stream system in the Atlantic Ocean as part of the RAPID project. The researchers observed a relative cooling of the sea surface south of Greenland and an unusually strong warming off the U.S. coast. Both features are unique in their expression worldwide and could be directly attributed to a slowdown of the Gulf Stream system. Their work was instrumental in the 2019 Special Report on the Ocean and Cryosphere in a Changing Climate of the Intergovernmental Panel on Climate Change, which concluded for the first time that the Atlantic circulation is weakening. Levke’s publication can be found here: https://doi.org/10.1038/s41586-018-0006-5

Levke Caesar studied physics at the University of Potsdam and the Kiel University. She subsequently conducted research at the Potsdam Institute for Climate Impact Research in the working group of Prof. Dr. Stefan Rahmstorf and did her PhD at the University of Potsdam. Since October 2019 , Levke is working in ICARUS-Geography Department, Maynooth University as a Postdoctoral researcher in physical oceanography and climate research,  project A4: Aigéin, Aeráid, & athrú Atlantaigh.

The Publication Prize of the Leibniz Kolleg Potsdam is awarded to current or former doctoral students of the Faculty of Science of the University of Potsdam. They receive the award for significant scientific achievements in Potsdam that have been published in recognized journals.www.leibniz-kollegpotsdam.de 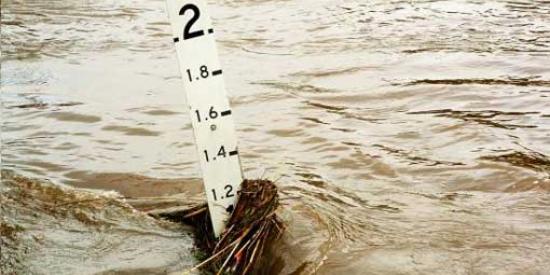