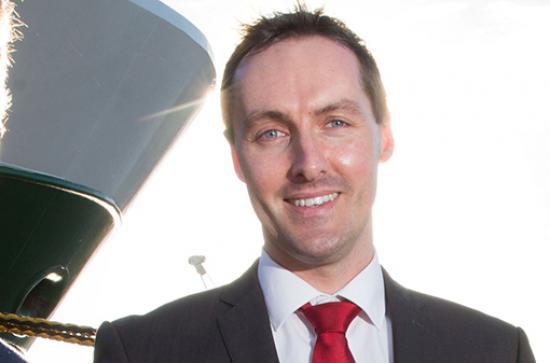 Maynooth University congratulates Dr Gerard McCarthy of the ICARUS Climate Research Centre and Department of Geography on receiving the prestigious Early Career Scientist medal by the International Association for the Physical Science of the Oceans.

The 2019 IAPSO medal in physical ocean science was awarded in recognition of Dr McCarthy’s “outstanding contribution to research on the Atlantic Meridional Overturning Circulation and its role in Earth's climate system.”

The medal will be officially awarded on Friday, July 12, during the International Association of Geodysey and Geophysics General Assembly, which will be held in Montreal, Canada.

In December 2018, funding of €2 million for a major project led by Dr McCarthy on Atlantic climate change was announced by the Marine Institute and the European Regional Development Fund.

Speaking in response to this latest announcement, Dr McCarthy said: “I’m delighted and humbled to receive this prestigious award from IAPSO.  Together with the Marine Institute-funded A4 project kicking off, these are exciting times for Atlantic Overturning Circulation research here in Ireland.”

Further information:
The A4 project funded by the Marine Institute and the European Regional Development Fund will bring the field of ‘decadal climate prediction’ to Ireland. This emerging field will lead to improved estimates of the future climate over the period of a decade by using the predictability of the ocean. This is a major project on Atlantic climate change led by Dr Gerard McCarthy of the ICARUS Climate Research Centre and Department of Geography at Maynooth University.