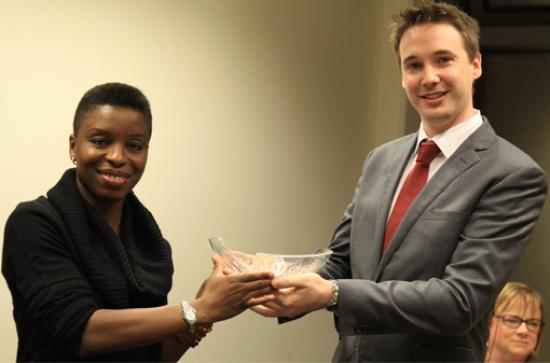 Nobel Peace Prize nominee Saro-Wiwa was the author of poetry, short stories, novels, children’s books and various pieces of journalism. He was a member of the ethnic group, the Ogoni, who inhabit a small region in the South East of the Niger Delta. This region also is home to more than 100 oil wells, a petrochemical complex and two oil refineries. Saro-Wiwa led a non-violent campaign seeking to secure basic rights for the Ogoni people and an end to the environmental destruction of his homeland by the foreign petroleum companies. In this role, he was an outspoken critic of the Nigerian government.

While imprisoned, he handwrote 30 letters to Irish missionary nun Sister Majella McCarron who had supported Saro-Wiwa and the Ogoni people in their struggle for many years. The correspondences, smuggled out of the Port Harcourt detention centre in bread baskets between October 1993 and September 1995, were donated to Maynooth University in 2011 and published with support from Trócaire as Silence Would be Treason, last writings of Ken Saro-Wiwa. The Ken Saro-Wiwa Postgraduate Award is funded with royalties from this book.

The award supports postgraduate work at Maynooth University on a theme relevant to Saro-Wiwa’s life and work which is likely to make an appropriate public contribution. Graham Kay will use the €2,000 award to fund research in Germany for his PhD thesis entitled, The First Oil War: Great Britain, Germany and the race for oil, 1896-1921. The thesis will explore why government policy became so intrinsically linked to the issue of oil.

Commenting on the award, Maynooth University President Philip Nolan, said: “It is fitting for the inaugural Ken Saro-Wiwa Postgraduate Award to be presented to Graham Kay. His research will certainly do a great deal to elucidate our understanding of the relationship between governments and the oil industry. I also would like to take the opportunity to thank Noo Saro-Wiwa for presenting this award. Maynooth University is whole-heartedly dedicated to ensuring her father’s memory is not forgotten and his work carries on. This award will foster future research into the issues that were so dear to him.”

Graham Kay noted: “It is a tremendous honour to be the first recipient of this award. With it I feel a great weight of responsibility. My research will seek to do honour to Saro-Wiwa’s legacy by providing fresh insight into this important subject.” 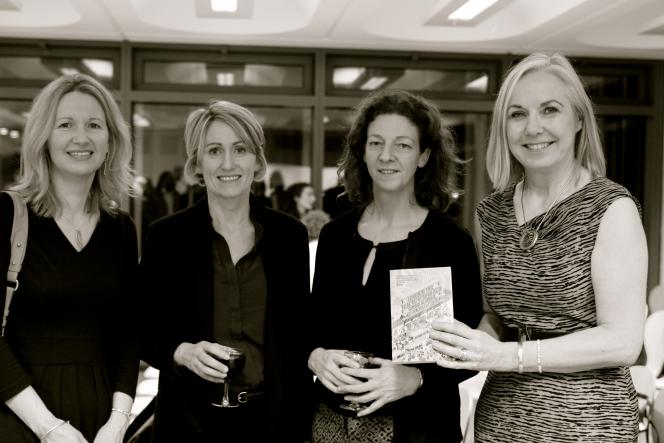