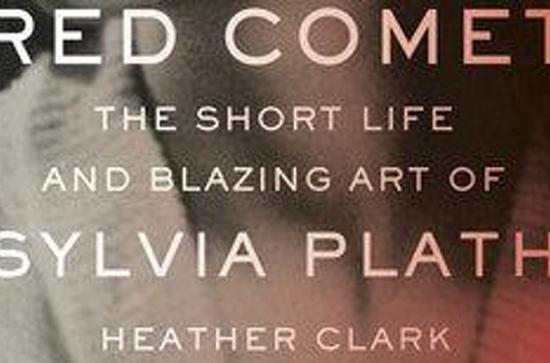 Join us for the Irish launch of Red Comet, named a top 10 October pick by the Washington Post and the Christian Science Monitor, and a Fall Book to Read by The New York Times, The Wall Street Journal, The Boston Globe, Literary Hub, St. Louis Post Dispatch, Minneapolis Star Tribune, USA Today, AARP, and Entertainment Weekly.

Hosted by Maynooth's Department of English, author Heather Clark will be in conversation with Amanda Golden, editor of the forthcoming Bloomsbury Handbook to Sylvia Plath and author of Annotating Modernism: Marginalia and Pedagogy from Virginia Woolf to the Confessional Poets (Routledge 2020).

“Clark lifts the poet’s life from the Persephone myth it has become and examines it in all its complexity . . . [Her] detailed, multidimensional treatment gives Plath’s life and work its dignity, character and sense of interiority. We get the full scope of Plath’s incredible talent here, rightfully established as complicated, radiant and worthy of deep consideration. Plath was a genius [and] Red Comet allows [her] to emerge from the shadows, shining in all her intricacy and artistry.” —Anna Spydell, BookPage (starred review)

“Remarkable . . . Clark’s approach is unfailingly compassionate, respectful, and honest—about the circumstances of Plath’s life and death, the characters that surrounded her, and the work that made her one of our most important poets . . . To witness [Plath] through this work is a privilege.” —Corinne Segal, Literary Hub

“A major biography that redeems Plath from the condescension of easy interpretation . . . [Clark] meticulously explores Plath’s omnivorous literary interests and busy social life . . . The author’s attention to specifics serves her very well in the closing pages, as she tracks how Plath’s depression, anxiety over her literary standing, despair over her failed marriage, and fear of institutionalization speeded her death even while those same forces inspired indelible, harrowing late poems.” —Kirkus Reviews (starred review)

“Finally, the biography that Sylvia Plath deserves, one that takes her seriously as both a poet and a person. Combining rigorous research with in-depth literary analysis and immersive style, Heather Clark’s magisterial book not only traces Plath’s influences and inspirations, but also chronicles her often-tumultuous relationships with respect and empathy. A spectacular achievement.” —Ruth Franklin, author of Shirley Jackson: A Rather Haunted Life

“An exciting contribution not only to Plath studies but to biography, poetics, cultural history, and feminist history and theory, Red Comet is an extraordinary book. Clark animates Plath anew, both through the very dailiness of her life—rendered gripping and engrossing—and through the brilliant situating of Plath (and her stormy marriage to Ted Hughes) in the larger, indelibly evoked Anglo-American poetic context. Clark delivers a brilliant scholarly exegesis in vivid prose that renders Plath’s life into art. This is the major biography of this major poet that we have long awaited.” —Mary V. Dearborn, author of Ernest Hemingway: A Biography

“With Red Comet Heather Clark has produced a superb biography, scholarly, acutely perceptive and beautifully written. She shows a profound understanding not only of Plath and her work, but also of the worlds she inhabited on both sides of the Atlantic. This is without doubt one of the most remarkable biographies of the present era.” —Selina Hastings, author of The Secret Lives of Somerset Maugham

“Once I started reading this book, I couldn’t stop; I read it upon waking and late at night, at the dinner table and during the workday. I thought I knew Plath, but this wonderful book shows me I did not. Like the lyric speakers of her late poetry, she emerges from these pages transformed. Red Comet presents Sylvia Plath as she ought to be: as an innovative, ambitious, driven artist, at a time when women weren’t supposed to be any of these things. In the end, I was awestruck by Plath’s courage and strength in the face of so many obstacles; I was awed, too, by the work Clark has done to bring this writer to life.” —Maggie Doherty, author of The Equivalents

HEATHER CLARK earned her bachelor’s degree in English Literature from Harvard University and her doctorate in English from Oxford University. Her awards include a National Endowment for the Humanities Public Scholar Fellowship; a Leon Levy Biography Fellowship at the City University of New York; and a Visiting U.S. Fellowship at the Eccles Centre for American Studies, British Library. A former Visiting Scholar at the Oxford Centre for Life-Writing, she is the author of The Grief of Influence: Sylvia Plath and Ted Hughes and The Ulster Renaissance: Poetry in Belfast 1962-1972. Her work has appeared in publications including Harvard Review and The Times Literary Supplement, and she recently served as the scholarly consultant for the BBC documentary Sylvia Plath: Life Inside the Bell Jar. She divides her time between Chappaqua, New York, and Yorkshire, England, where she is Professor of Contemporary Poetry at the University of Huddersfield.

AMANDA GOLDEN is Associate Professor of English at New York Institute of Technology. Her book Annotating Modernism: Marginalia and Pedagogy from Virginia Woolf to the Confessional Poets was published by Routledge in May. She is currently editing The Bloomsbury Handbook to Sylvia Plath with Anita Helle and Maeve O’Brien, and has edited This Business of Words: Reassessing Anne Sexton (UP of Florida, 2016, paperback, 2018) and a cluster on feminist modernist digital humanities for Feminist Modernist Studies (2018). She was recently elected Vice President of the International Virginia Woolf Society (2021-3), and has published in Modernism/modernity, Woolf Studies Annual, and The Space Between: Literature and Culture, 1914-1945.