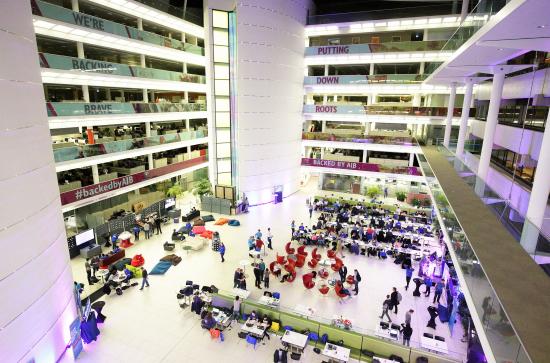 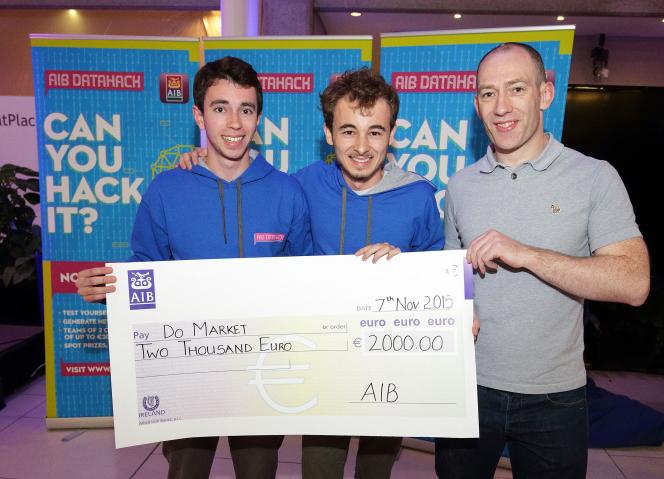 63 teams comprising of 126 students from 13 different Universities / Institutes of Technology attended and participated in either the Datathon or the Hackathon.
In the Datathon the students had to solve a problem using a large dataset we provided and the Hackathon entrants were asked to build an app, to be judged by two criteria - Quality and Awesomeness!

1st place, and a cheque for €2000 in the Hackathon was won by  AWESOME team Ballmer Peak, made up of Dylan Stuart and Enrico Marugliano from the Department of Electronic Engineering at Maynooth University.
Their Do Market app allows users to post small jobs - like collecting a parcel or mowing the lawn - which other users can then bid on to carry out; resulting in a micro-economy encouraging app that impressed the judges.

Joint 2nd place in the Hackathon was won by the DkIT Dream team made up of Ronan Prenty and Audreen Soh from Dundalk Institute of Technology. Their crowd-funding app allows users to post and vote on charity events, and
team McGibbons made up of Ross McBride and Seán Gibbons from DCU. Their app allows users to scan barcodes in supermarkets and be shown automatically the price of the same goods in other supermarkets.