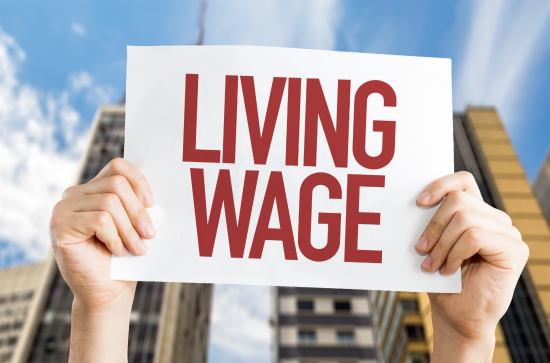 On June 14th the Tánaiste announced proposals to to introduce a living wage for all employees, starting from next year.  The new propsoed living wage will eventually replace the currently national minimum wage and will be set at 60% of the median wage of all employees. This proposal was undeprinned by research conducted by Maynooth University labour economists Dr. Aedín Doris, Professor Donal O'Neill and Dr. Olive Sweetmanwho provided the evidence base for the new proposed living wage. Dr. Doris, Prof O'Neill and Dr. Sweetman carried out research commissioned by the Low Pay Commission of Ireland  to examine the design of a living wage in an Irish context. This research considered the policy, social, and economic implications of moving to a living wage as well as the process by which Ireland could progress towards implementing a living wage and  aided the LPC in making its recommendations on the Programme for Government commitment to “progress to a living wage over the lifetime of the Government.”

Doris, O'Neill and Sweetman used data from the EU-Survey of Income and Living Conditions to examine the characteristics of workers likely to be affected by a range of poential Living Wages and empirically examined the potential impact of the proposed Living Wages on wages inequality and poverty.

A full copy of the report is available here.