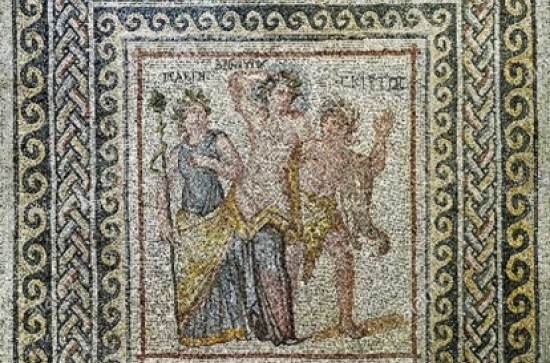 Aesthetic canons of Classical tradition undergo a redefinition in the Late Antique period, opening a broad field of research that lends itself to a stimulating and potentially cross-disciplinary discussion among scholars who work on Greek, Roman, and Christian literature, philosophy, social history, and theology. Traditional models, which include literary topoi, philosophical theories, and the aesthetic canons of Classical art are re-elaborated, integrated in, or rejected to some extent by the Christian tradition, in an effort to redeploy Classical tradition and make it accessible (or not), usable and/or functional to support new ideological concerns and prescriptions.

This conference will focus on how beauty of the body, its perception, and its evaluation, is reflected in literary texts of the third to the sixth century AD, and how such representations are both shaped by traditional literary and philosophical models and informed by contemporary social, cultural, and religious concerns. We welcome papers on Greek or Latin texts, from any prose or poetic genre, and focusing on the conceptualization of beauty, understood in its broadest sense.
In light of the vast scholarship about conceptualizations of the beauty of the body and the evolution of aesthetic ideas through to Late Antiquity (e.g. Neri, Konstan, Goldhill, Brown), the conference aims to explore three main areas:

Moreover, body-related representations cross all literary genres, and often lend themselves to metaphorical and/or metaliterary interpretations (e.g. the humanization of the Church of Hagia Sophia in Paul the Silentiary).

Some of the topics that we are hoping to address are: