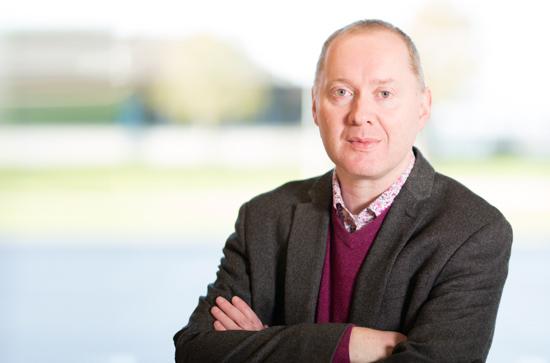 I am a Lecturer (Assistant Professor) in English, specialising in twentieth-century and contemporary Irish literature, the history of the novel and in sexuality studies. I have taught at Maynooth University since 2007 and have been a permanent member of staff since 2015. Currently, I am MAP Academic Advisor for the English Department, a student-focused role which I value greatly.
I received my MA from the University of Sussex, having studied on the renowned Sexual Dissidence and Cultural Change programme. There I was taught by, among others, the late Prof. Alan Sinfield; a key figure in the development of both cultural materialism and of lesbian and gay studies, and whose scholarly legacy continues to inspire my own work.
Subsequently I came to Maynooth University in 2004 to complete a doctorate on the twentieth-century Irish Catholic bildungsroman or ‘novel of development’. I was awarded a Government of Ireland postgraduate scholarship to complete this work. I was drawn to do my doctorial studies in the English Department at Maynooth because of its outstanding reputation at that time as the key centre for radical and innovative work in the field of Irish Studies, and the exemplary contributions to that field of scholars such as Emer Nolan, Joe Cleary (now at Yale), Chris Morash (now at TCD) and Margaret Kelleher (now at UCD), among others.
My first book, Impure Thoughts, was published by Manchester University Press in 2012. It charts the historical development of a genre, the bildungsroman, in modern Irish writing – from James Joyce and Kate O’Brien to Edna O’Brien and John McGahern. It explores how novels gave imaginative expression and aesthetic form to a series of convergent, epoch-defining debates during the Irish twentieth-century: about modernisation and postcolonial development, about sexuality and gender, about individual and national freedom, about religion, culture and the state.
I have further developed my critical engagement with Irish literary history, and my developing analysis of the interconnection of aesthetics and politics in twentieth-century Irish writing, in a series of essays. These have been published in various landmarks publications, such as Oxford Handbook of Modern Irish Fiction, the Cambridge History of Irish Modernism, British Literature in Transition and The Oxford History of the Novel in English.
In 2022 I published two further books.
Revolutionary Bodies (Manchester UP) traces a style of homoerotic writing in twentieth-century and contemporary Irish fiction. Developing a series of innovative readings, the argument proceeds through three author-centred chapters (Brendan Behan; John Broderick; Colm Tóibín) followed by two chapters on Irish gay fiction and ‘Celtic Tiger’ fiction. The latter two chapters focus on work by Keith Ridgway, Jamie O’Neill, Micheál Ó Conghaile and Barry McCrea, among others. As I explore in the book, in these novels the longing for the male body is insistently associated with utopian political desire. Thus, Revolutionary Bodies prompts us to reconsider the relationship between aesthetics, literature, and sexual liberation.   https://manchesteruniversitypress.co.uk/9781526135421/revolutionary-bodies/
Sexual/Liberation was published by Cork University Press and is part of a series called Sireacht: longings for another Ireland. You can learn more about this innovative and inspiring publishing project here: https://sireacht.ie/.
Sexual/Liberation explores images of gay men, male bodies and male intimacy circulating in post-marriage equality Ireland. Such images tell us little about the actual lives of gay men. But they offer considerable insight into the political imaginary – the values, norms, anxieties and contradictions – of our society. These images are are varied: Leo Varadkar’s media profile; digital images curated by men engaged in sex work; Irish Queer Archives; media, scholarly and artistic commemorations of Declan Flynn and Roger Casement; Joe Caslin’s murals.
Taking inspiration from Wendy Brown, Judith Butler and Herbert Marcuse, in Revolutionary Bodies and Sexual/Liberation I encourage readers to rethink the political as sexual – to reflect on how our political perspectives are shaped by desires, need, vulnerabilities and hopes. Together these books challenge us to move beyond a politics of identities and injuries and strive instead for a politics universal and radically humanist in imaginative scope, anti-capitalist and revolutionary in objectives.
You can listen to Rosie Meade, a Sireacht co-editor, and I discussing Sexual/Liberation on an episode of the Múscailt podcast series, available on Tortoise Shack https://tortoiseshack.ie/
I was actively involved with the Decade of Commemorations national project, co-organising three international symposiums at MU in 2016, 2017 and 2022. I published significant essays on Roger Casement and Patrick Pearse, as well as presenting my research on these figures at the OUTing the Past Festival of LGBT History in 2019.
With a number of generous and hardworking colleagues from across the university I sit on the steering group of the Maynooth University Sexualities and Genders Research Network (MUSexGen). We strive to encourage, support and showcase diverse forms of research on genders and sexualities at Maynooth University, and we organise a series of research events, including a Postgraduate Symposium, each year. You can read more about our network here: https://www.maynoothuniversity.ie/sexgen
Likewise working with extraordinary colleagues, I currently serve on the MU Branch Committee of IFUT (Irish Federation of University Teachers), the national trade-union for teaching and research staff in Higher Education.
I have been a Visiting Lecturer at: Columbia University (New York), Wuppertal University (Germany), University of Kent at Canterbury (UK) and UCC. I have also been invited to deliver public lectures or chair events at cultural institutions, such as Dublin City Public Library, Carlow Public Library, National Gallery of Ireland, Dublin City Gallery/The Hugh Lane, Dublin James Joyce Summer School and the Irish Literary Society in London.

My primary research interests are:
Irish Literary and Cultural Studies, specifically critical perspectives on Irish literature and visual culture inspired by Postcolonial, Marxist and Feminist literary criticism and theory.
Gender and Sexuality Studies, specifically Marxist-informed perspectives on feminist and queer cultural politics.
History of the novel, with a particular focus on Realism, on genres such as the bildungsroman and historical fiction and on Marxist literary theory.
I would characterise my approach to research as interdisciplinary, aknowledging that any truly interdisciplinary standpoint is founded on a clear understanding of, and commitment to, the distinctive value, signature styles and specific contribution of each discipline – in my case, literary criticism.

My teaching on the undergraduate and MA programmes reflects my belief that teaching and research form a symbiotic and mutually enriching whole. If lecturers come to view undergraduate teaching as an impediment or obstacle to our research this will impoverish both our teaching and our scholarship.
I believe that the primary purpose of teaching English literature is not the transmission of ‘skills’. It is to facilitate the student’s encounter with the literary text. Ideally, that encounter is simultaneously intellectual, emotional and affective, while being at once individual and collaborative – our encounter with a literary text in the shared space of the classroom creating the possibility for meaningfully encountering others. That encounter with the literary text in the classroom can create a (provisional, fleeting, fragile) space for thinking differently about our culture’s values, norms and forms of consciousness. Reading the text provides ways of reading our world – and a space for (briefly) imagining how that world could be different.
Likewise, I believe that a lecturer’s relationship with tutors and occasional staff, who support undergraduate teaching, is best when characterised by respect, collegiality, collaboration and mentorship. As a permanent member of staff, it is right, I think, to recognise the precarity and insecurity confronting our occasional colleagues while acknowledging my relative privilege.
I have been very fortunate to work with some inspiring doctoral students. I have supervised an outstanding project on gendered neoliberalism in contemporary popular fiction. I am currently co-supervising two excellent projects; one on modernity, ethics and the Second World War in Irish fiction and one on queer feminist revisions of classic fairy tales.
Back to top
Back to top