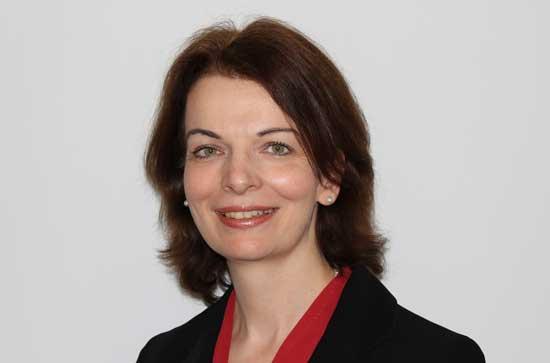 Fiona M. Palmer is Professor of Music and Director of Research in the Department of Music. A musicologist and a performer, her research focuses on music in Britain (1780s–1940s), particularly in relation to the music business. She is fascinated by issues of professionalization, networking, reception and performance practices and her publications include studies of soloists, orchestral and choral institutions, conductors and music publishers.
A double bassist, mezzo-soprano and flautist, Fiona is a first-class honours graduate of Birmingham Conservatoire and undertook her PhD in Musicology as a British Academy Scholar at the University of Birmingham. Aside from academic posts, her career has included work as a professional orchestral player, as the Manager of the Examinations Department at the ABRSM (London), and as a peripatetic instrumental and vocal teacher and conductor.
In October 2007 Fiona moved from a Senior Lectureship at Queen’s University, Belfast, to take up the position of Professor of Music and Head of Department at Maynooth University. During her Headship (2007–2014) the Department of Music expanded its personnel and physical resources; undertook a systematic review, revision and development of its research activities, undergraduate and postgraduate programmes; and expanded its conference hosting, ensemble portfolio and concert-giving activities.

Research & Publications
Fiona’s publications focus on music and musicians in the marketplace (1780s–1940s) and explore the culture and commerce of the British music profession (e.g. institutions, standards and competition, performance practice, canonization, publishing, reception and socio-economic issues). Her current research projects fall under the broad heading of the interwar conducting business and include: an evaluation of conducting, unionization and protectionism in Britain during WW1; and an examination of concerto performance focused on Adrian Boult and Artur Schnabel.

Books
Fiona's most recent monograph is Conductors in Britain,1870–1914: Wielding the Baton at the Height of Empire (Woodbridge: Boydell Press, 2017).

This book presents a new interpretation of the professionalization and reception of the role of conductor in late-Victorian Britain. The conductors whose varying experiences, contributions, networks and opportunities lie at the heart of the re-evaluation include Julius Benedict, William Cusins, Arthur Sullivan, Joseph Barnby, Alexander C. Mackenzie, Frederic H. Cowen, Dan Godfrey Jr and Landon Ronald. By placing these conductors in pairs it examines evolving institutional and professional opportunities during this dynamic period in a fresh and richly-contextualized way.  This large project draws on detailed research into British concert-life and sheds new light on the histories of organizations including the Philharmonic Society of London, Liverpool Philharmonic Society, Manchester's Hallé Orchestra, the Bournemouth Municipal Orchestra, the Royal Choral Society, Birmingham Promenade Concerts and music festivals nationwide.

Fiona’s previous books include: Vincent Novello (1781–1861): Music for the Masses (Aldershot: Ashgate, 2006) — the first large-scale contextualized reappraisal of the career of the pioneering London-based editor and publisher. This monograph complements her earlier book which repositioned one of the most influential, well-connected and successful virtuosi in nineteenth-century London: Dragonetti in England (1794–1846): the Career of a Double Bass Virtuoso (Oxford University Press, 1997).

Other Research Outputs
Other recent publications/outputs include:
Other published articles and reviews can be found in the Journal of the Royal Musical Association; 19th-Century British Music Studies 3; The Musical Times; The Strad; Muzio Clementi: Studies & Prospects; Early Music; the Journal of the Society for Musicology in Ireland; and the newsletters of the North American British Music Studies Association and of the Handel Society.  Fiona has written and revised entries for New Grove 2; the New Dictionary of National Biography; Musik in Geschichte und Gegenwart; the Dictionary of Hymnology; the Encyclopaedia of Music in Ireland; and the Encyclopaedia of Romantic Nationalism in Europe.
Recent international conference papers and invited lectures include locations such as Switzerland, Finland, the USA, Italy, Croatia, and the UK (Oxford, Liverpool, Manchester, London, Bristol, Birmingham, Cardiff and Cambridge).
Outreach
Fiona currently serves on the Board of the National Youth Orchestra of Ireland (2007—), as External Examiner for the BA Music programme at the University of Liverpool (2018–20), and on the founding editorial board for the Studies in British Musical Cultures Series (NABMSA/Clemson University Press) (2019–21). She is a member of the International Advisory Board for the Royal Musical Association Research Chronicle, serves on the editorial board of the OJBR and and acts as a peer reviewer for a range of publishers. She is also serving as a juror for the ISB Research Competition 2019. Current and recent conference organizing activities include involvements as a member of the organizing committees of the Oxford Conducting Institute International Conducting Studies Conference (St Anne's College, University of Oxford, June 2020) and of the OCIICSC Conference (2018) and on the programme committee of the Eleventh Biennial International Conference on Music in Nineteenth-Century Britain Conference (University of Birmingham, 2017).
Fiona has contributed to radio documentaries and discussions on Bayerische Rundfunk Klassik; BBC Radio Ulster; RTÉ Radio 1; and RTÉ lyric fm; she also served as an adjudicator and chair for the televised UTV Choir of the Year competition.
Formerly a Councillor of the Royal Musical Association (2002–05), Fiona was an elected Councillor of the Society for Musicology in Ireland for three consecutive terms (2006-15); she also served on the Development Committee of the North American British Music Studies Association (2016–18). Fiona has chaired for HETAC and participated in inter-institutional curricular discussions; she also chaired the finals of the Catherine Judge Memorial Award (2014; 2015) and acted as a juror for the ISB Research Competition (2018). She previously served as an external examiner for programmes at Liverpool Hope University, the Royal College of Music and at Dundalk Institute of Technology, and for doctoral and MPhil dissertations at the Universities of Melbourne, Birmingham, Leeds, Canterbury Christchurch College, Edinburgh, and Queen’s Belfast; and at the Royal College of Music (London) and Royal Northern College of Music (Manchester).

Performing Activities
Fiona was very lucky to be trained via the Northamptonshire Music Service from a young age and participated in multiple ensembles, recitals, international tours and residential courses.  As a first-class graduate of the Birmingham Conservatoire, with double bass as her first study, she freelanced with many ensembles, especially the City of Birmingham Symphony Orchestra (1989–1997).  During these years the CBSO enjoyed the stewardship of Sir Simon Rattle and Fiona was involved with recordings under the direction of such maestri as Walter Weller and Paarvo Jaervi; she also spent some time as a member of the Auckland Philharmonia Orchestra (NZ).

Synopsis of Training and Employment
Fiona undertook her doctoral research at Birmingham University (1990–93) where she was fortunate to enjoy the mentorship of Professor Cyril Ehrlich alongside supervision from Professors Basil Deane and Colin Timms. She was Manager of the Examinations Department at the Associated Board of the Royal Schools of Music in London (1997–99). During this time she project-managed the ground-breaking Diploma 2000 Syllabus and liaised with educational agencies (such as the QCA) over matters of comparability. In July 1999 she moved to Northern Ireland to work at Queen's University in Belfast and was promoted to Senior Lecturer in 2002. During her eight years at QUB she transformed the Performance Programme, convened the BMus degree, taught modules across the curriculum (undergraduate and postgraduate) and served on committees at School, University and national level. She also regularly played the double bass on a freelance basis with the Ulster Orchestra, travelling with them to New York and to perform at the BBC London Promenade Concerts.

Listen to Fiona's radio broadcast—Christmas Eve RTÉ lyricfm Interval Feature—on Handel's Messiah and its continuing relevance in the 21st century [listen here (starts at 57 minutes into this broadcast link)]
A short film summarizing Fiona's research is available here
Fiona would be pleased to hear from potential students interested in the taught MA in Performance and Musicology / MA In Musicology or in pursuing MLitt, Doctoral and Postdoctoral projects related to the areas listed here.