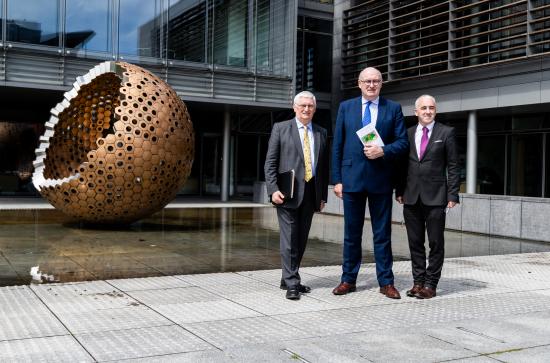 Significant progress over recent years on unlocking the potential of rural Ireland was reported at a workshop hosted by the Maynooth University Social Sciences Institute on (MUSSI) on Monday 27th May.
EU Commissioner for Agriculture and Rural Development, Mr. Phil Hogan, commended the many initiatives undertaken following the report in 2014 on the work of the Commission for the Economic Development of Rural Areas (CEDRA) which he had established in 2012. 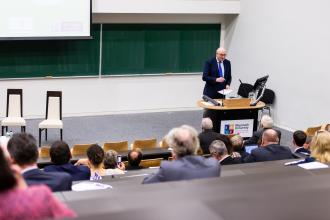 He also signaled the likelihood of important changes and opportunities that will arise in the context of new EU programmes for the post 2020 period. There will be more opportunities for the application of the subsidiarity principle in planning and more emphasis on performance to replace the current over dependence on compliance with administrative rules and directives. For researchers he noted emerging opportunities in many areas pertinent to rural development such as the bio-economy and smart villages. Professor Jim Walsh in his opening contribution welcomed the more positive narrative that evolved after the work of CEDRA, to which he contributed, especially for the population that resides in the space beyond the metropolitan boundaries and outwith the farm gates, but he cautioned there is still much more needed to bring about a coherent whole-of-government approach to rural development. 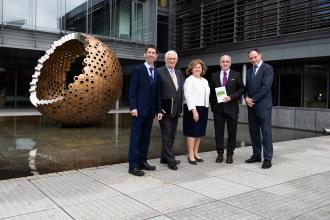 Professor Cathal O’Donoghue’s latest book Unlocking the Potential of Rural Ireland was launched by Commissioner Hogan. The book identifies new challenges for rural areas that have become evident in the context of the economic recovery over recent years and makes a compelling case for a renewed emphasis on subsidiarity and for the rapid advancement of the rural broadband programme as a key enabling infrastructure.