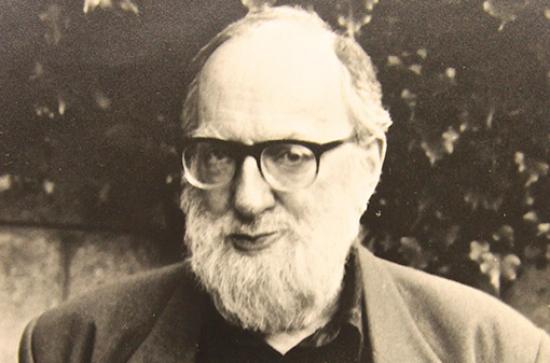 Inaugural Annual Conference 14 May 2015
‘Opening the Archive: A Door into Light’

MU Library is delighted to announce that the inaugural Annual Pearse Hutchinson Conference at Maynooth University will take place on 14 May 2015. Intended to give researchers, writers, scholars, librarians and archivists an insight into the breadth and wealth of the archive the conference will address a range of themes.  Speakers include:
The full conference programme is available here. The conference fee (including registration, tea/coffee and buffet lunch is €15. Space is limited and advanced booking is essential. For more information, follow @library_MU on twitter.

In late 2013 the archive of writer Pearse Hutchinson was permanently deposited in the Library at NUI Maynooth (now Maynooth University (MU)). The archival collection, in breadth and content, is every bit as extraordinary as the man.  For more about Pearse and his archive at MU see below.

Pearse Hutchinson Archive at Maynooth University Library
Introduction:
In late 2013 agreement was reached with the estate of the renowned writer Pearse Hutchinson to permanently deposit his archive in the Library at NUI Maynooth (now Maynooth University).  While this will lead to a variety of provisions, such as an annual bursary and colloquia, at the centre of the whole project is the archival collection, in breadth and content, every bit as extraordinary as the man.

Who was Pearse Hutchinson?
Born in Glasgow, Hutchinson was raised in Dublin by Irish parents who were active supporters of Sinn Féin. His father, a printer, was interned in Frongoch from 1919 to 1921, while his mother counted Countess Markievicz as a friend and correspondent.
Hutchinson studied Spanish and Italian and travelled extensively, living in Spain for almost a decade, where he developed a deep love of the Catalan and Galician language, culture and literature. His career was varied, encompassing poetry (in a variety of languages), translations, as well as frequent contributions to radio and print media; he wrote a regular Irish language column for the RTÉ Guide and hosted a weekly RTÉ Radio 1 programme of Irish poetry, music and folklore, Óró Domhnaigh. Beyond this, he founded the literary journal Cyphers, Ireland’s longest-running poetry magazine. He received the Butler Award for Irish writing in 1969. In the early 1970s he took up the Gregory fellowship in poetry at the University of Leeds.

Despite such an eclectic career, it is Hutchinson’s poems which earned him his literary reputation, with a 50-year publication catalogue incorporating works such as Tongue Without Hands (1963) and Faoistín Bhacach (1968) through, The Soul that Kissed the Body (1991) and Barnsley Main Seam (1995). His Collected Poems was published on his 75th birthday in 2002. A truly international poet, Hutchinson’s subjects are often shown through the prism of other countries – most usually Spain and its varied regions.

Why this archive?
An archive of this size and diversity brings with it both challenges and obligations and acquiring it was not a decision taken lightly. Establishing a rationale for acquisition invariably helps ensure that the collection will be both appropriately curated, but also well used.  For Hutchinson, as with other collections, the library is guided by a variety of criteria, which include:

Thematic relevance:
The Library has been proactively building up its research collections for some time and one of the key themes which we focus on is the idea of ‘the outsider’ – the person or persons who challenge convention.  As a theme it transcends discipline and as such it offers guidance, rationale and structure without being unnecessarily limiting.  Hutchinson, who long swam against the tide both personally and professionally, fits within this rubric, sitting alongside others such as Teresa Deevy, Ken Saro-Wiwa and Eneas McDonnell whose collections are also in the Library.

Teaching, Learning and Research
One of the central roles of an academic library and archive is to support research, teaching and learning and in the Hutchinson Archive, NUI Maynooth acquired a collection that will reward research, not just from the literary angle, but from historians, sociologists and more. The archive, which Declan Kiberd has called ‘an alternative cultural history of Ireland’ is incredibly dense and diverse, allowing a researcher chart the development of a poet’s craft, but also showing aspects of life in Dublin and beyond in mid-20th century Ireland.

Heritage & community
While we do not espouse the role of a public ‘heritage’ institution, such as the National Library or Archives, we are conscious of our role in preserving and providing access to such treasures beyond the library’s walls. As such, when considering our collection development, we do take time to consider impact beyond the walls of the University. With online access, digitisation and open access initiatives, considerations such as this only become more important.

The archive reflects both Hutchinson’s career and literary output, and his personal and family life in an assortment of documents.  The collection is currently being arranged along these categories. It includes the Hutchinson family papers, concerning his parents, Henry Warren Hutchinson and Caitlín McElhinney. Both were actively involved with Sinn Féin and the republican cause in Glasgow in the early 20th century, and their papers consist of letters, photographs and printed material. The family papers also include documents relating to Hutchinson’s childhood, including notebooks and drawings and a large collection of photographs.
Hutchinson literary papers make up the core of the collection. These papers include drafts of both published and unpublished poems, scripts for Hutchinson’s radio show, reviews, correspondence and Tagairt, Hutchinson’s weekly column in the RTÉ guide, which ran for 27 years from 1976 to 2003. In addition, the collection also contains a large assortment of ephemera relating to arts and cultural events in Ireland and Spain including posters, flyers, programmes and booklets.

Documents of interest include papers relating to Henry and Caitlín Hutchison’s involvement with Irish republicanism, including letters from Eamon De Valera, Sinéad De Valera, Countess Markievicz and Margaret Pearse. Also from this period are letters from Henry to Caitlín during his internment in Mountjoy prison in 1923.
Among Hutchinson’s own papers items of note include correspondence from international writers including Saul Bellow (American), Octavio Paz (Mexican), Salvador Espriu (Catalan), Josep Carner (Catalan) and Toni Turull (Catalan). He also corresponded with his contempories in Ireland and the UK, and the collection includes letters from Séan Ó Ríordáin, Caitlín Maude, Brendan Behan, Mairtín Ó Direáin, Gabriel Rosenstock, Máire Mhac an tSaoi, Paul Durcan, John Jordan, Michael Hartnett, Seamus Heaney, Patrick Galvin, John Jordan, Kate O’Brien and P.J. Kavanagh
In addition to a large collection of unpublished poems the collection also contains early drafts of some of Hutchinson’s well known published works including from, Tongue without Hands (1963), Expansions (1969) and Watching the Morning Grow (1972). The collection also contains the original script for Hutchinson’s weeky radio show Óró Domhnaigh, which ran from 1977 to 1978 on RTÉ, together with some of his original research for the broadcast. As all but one of the original broadcasts are now lost, these scripts are a unique record of the eclectic show about Irish arts and culture, which was extensively researched and written by Hutchinson.

The collection will be made available for research on a phased basis, beginning in the Spring, 2015.
For additional information please contact: Special Collections, John Paul II Library, Maynooth University. Tel: 01 4747423 Email: library.specialcollections@mu.ie