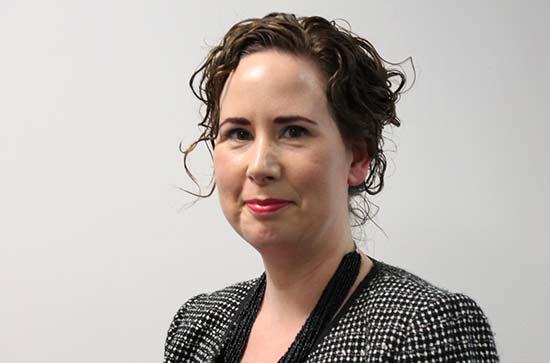 Dr. Jennifer Redmond is Assistant Professor/ Lecturer in Twentieth Century Irish History in the Department of History at Maynooth University and formerly the Director of the MA in Irish History (2014-19).

She is the Chair and main proposer of the successfully funded COST Action HIDDEN: History of Identity Documentation in European Nations which brings together scholars in different disciplines across the EU and its affiliated members to examine issues of identity documentation, migration and citizenship from the twentieth century to the present day. The network will run from October 2022 to October 2026 and incorporates five thematic Work Groups with public facing as well as academic outputs.

She was the Director of The Albert M. Greenfield Digital Center for the History of Women’s Education at Bryn Mawr College as part of her Council on Libraries and Information Resources (CLIR) Postdoctoral Fellowship with a joint appointment between Special Collections and the History Department between 2011 and 2013.

Between 2009-2011 she was an IRCHSS Postdoctoral Research Fellow at the Department of History, Maynooth University, mentored by Professor Jacqueline Hill working on a project on Irish people in Britain during the Second World War.  Dr. Redmond completed her undergraduate degree at University College Dublin and an M.Phil and PhD at the School of Histories and Humanities at Trinity College Dublin, the latter on the discourses surrounding Irish female migration to Britain during the first decades of Irish independence which was published by Liverpool University Press in 2018 as Moving Histories which was long-listed for the 2020 Michel Déon Prize which is a joint prize awarded in alternate years by the Royal Irish Academy (funded by the Department of Foreign Affairs and Trade) in Ireland and the Académie française in France .

Her research interests include migration, women’s history, Irish social history and digital humanities. Dr Redmond was previously Chair of the Faculty of Arts, Celtic Studies and Philosophy Research Committee, the current Chair of the Maynooth University Decade of Commemorations Committee and a member of the Social Research Ethics Committee for the University (2019-22).

Jennifer is a fellow of the Royal Historical Society and was Vice Chair of the Royal Irish Academic Historical Studies Committee up to 2021. She is a fellow of the Mellon Centre for Migration Studies (Queen's University Belfast) and a visiting fellow of the Centre for Contemporary History, Trinity College Dublin. She is a member of the executive committee of the Irish Historical Society She also sits on the Editorial Board for the leading international journal, Women's History Review and for the Documents in Irish Foreign Policy series, a joint initiative of the National Archives of Ireland and the Royal Irish Academy. She was the President of the Women’s History Association of Ireland (2014-2017). She is a former executive committee member of the Church of Ireland Historical Society.  Dr Redmond is presently an external examiner for Dublin City University and is a past external examiner for  Mary Immaculate College (University of Limerick) and Trinity College Dublin. Follow Jennifer on Twitter @RedmondJennifer

Dr. Redmond welcomes inquiries for research supervision for M.Litt or PhD candidates in any of the areas mentioned above.