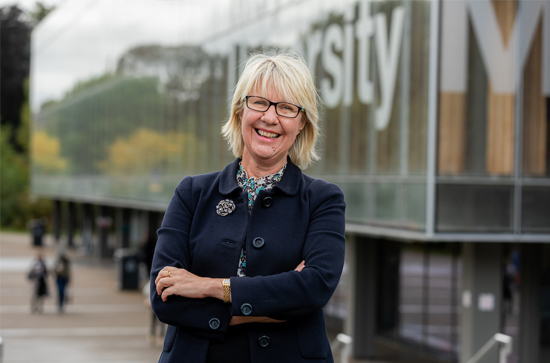 Professor Leinonen was born and raised in Finland, where she completed her schooling. She and her two brothers were the first in their family to attend university. Her own experience has cemented her belief in the role of education as a social equaliser, with the power to transform for the better the lives of individuals, families and whole communities.

Professor Leinonen’s academic research focuses on pragmatic language processing deficits in children and young adults with autistic spectrum disorders. She collaborates with colleagues in Finland and Italy, including recent work on cross-cultural comparison of pragmatic development in typically developing children in these two cultural contexts. She also speaks and writes about higher education topics, including institutional leadership, curriculum and technology enhanced learning.

Professor Leinonen has extensive experience in higher education in the United Kingdom, Europe, Australia and internationally. Prior to joining Maynooth University, she spent over eight years in Australia, where she first held the position of Deputy Vice Chancellor (Education) at the University of Wollongong and then Vice Chancellor of Murdoch University.

Prior to moving to Australia in 2012, Professor Leinonen held the position of Vice-Principal (Education) and Professor of Clinical Linguistics at King’s College London. She has been Deputy Vice-Chancellor at the University of Hertfordshire, UK, in addition to holding a number of other academic leadership positions there, including Dean of Faculty of Health and Human Sciences, Head of School of Psychology, Head of School of Humanities and Director of Health and Human Sciences Research Institute.

Professor Leinonen’s most important role in life is as mother to her daughter Niina, an anthropology graduate who is based in London.

In her leisure time she enjoys being with family and friends, reading, walking, camping, playing golf and sailing.