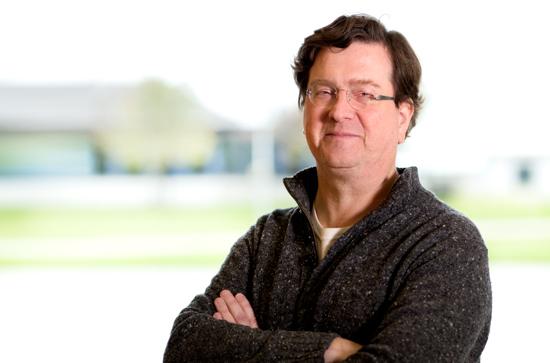 Conor McCarthy is Senior Lecturer in English at Maynooth University. After schooling in Ireland and Canada, he took his BA at Trinity College Dublin (1989), his Master’s Degree in English at University College Dublin (1991) and his D.Phil. in English at Sussex (1996). He is the author of Modernisation, Crisis and Culture in Ireland 1969 - 1992 (Dublin: Four Courts Press, 2000), and The Cambridge Introduction to Edward Said (Cambridge: Cambridge University Press, 2010). Conor won one of the first Government of Ireland Postdoctoral Research Fellowships, which he held from 2000 to 2002 at NUI Galway. He has lectured in universities in Ireland, Britain, France, Canada, the United States and in the Middle East. He is Associate Editor of College Literature and Second Year Co-Ordinator in the Maynooth University English Department.

Conor has long developed intellectual and political expertise both within and beyond the academy.  This work centres around the value of scholarship as a public good in itself but also on the vocation of the critical intellectual, who produces major research while seeking to put his/her expertise in the service of wider publics and constituencies beyond the academy.   Accordingly, Conor seeks to work as a scholar-activist.  He is a founder-member of the Ireland-Palestine Solidarity Campaign, and of Academics for Palestine, which campaigns for the academic boycott of Israeli higher education institutions.  Through those organisations, and many other forms of research, cultural and outreach activities, Conor has helped shape discussion of the Palestine question in Ireland over the last two decades.   He is also a veteran member and participant in the work of the Red Stripe Marxist collective and seminar.   Conor's interest in and sympathy with the Marxist tradition issued most notably in the 2018 '(Re-)Birth of Marx(-ism)' conference, held to recognise the bicentenary of Marx's birth.   This international event, conceived and co-organised by Conor, was the largest humanities or social science conference held at Maynooth University for many years.

As well as two monographs and two edited volumes, Conor has published articles, essays and reviews on literature, criticism and cultural politics in the Yearbook of English Studies, Interventions, Textual Practice, the Irish University Review, the Irish Literary Supplement, Eire-Ireland, the Journal of Palestine Studies, the Canadian Journal of Irish Studies, Wasafiri, College Literature, The Citizen, Current Writing, the Dublin Review of Books, the Los Angeles Review of Books and the Field Day Review. Conor has also written and reviewed for The Irish Times and The Sunday Business Post, as well as publishing political essays and reviews with Electronic Intifada, Jacobin, Jadaliyya, Mondoweiss and the Irish Left Review.  Conor's work has been translated into German and Italian.

Conor has supervised doctoral research on the twentieth century Irish novel, on the importance of Nietzsche to the great Irish modernists, and on the counter-revolutionary character of Irish fiction in the era of the Free State.    He welcomes research proposals in these areas, as well as in the history of Irish political thought, Western Marxism, postcolonialism, and twentieth century Irish culture.

Conor has kept a blog since 2012: reflectionsfromdamagedlife.blogspot.com   Views expressed there are his alone.

An internationally recognised expert on Edward Said, Conor edited a special issue of College Literature in 2013, 'Edward Said: Beginning Again', to mark the tenth anniversary of Said's death. He published a new anthology of the work of James Connolly, The Revolutionary and Anti-Imperialist Writings of James Connolly 1893-1916 in May 2016.  A volume of articles on academic freedom, edited with David Landy and Ronit Lentin and entitled Enforcing Silence: Academic Freedom, Palestine and the Critique of Israel, was published in May 2020.

Conor has recently published articles on Edward Said's self-invention as a radical humanist, and on James Connolly and empire.   A major article on the concept of authority in Said's criticism appeared in Ariel in October 2020.  'Edward Said: Literature and the World' was published in May 2022 in Joel Evans's edited volume Globalization and Literary Studies (Cambridge UP).  Conor published a review-article on Timothy Brennan's life of Edward Said Places of Mind, with the Dublin Review of Books in September 2021, and also a review-article of Seamus Deane's last volume of essays, Small World, with the Los Angeles Review of Books in November 2021.   An article on the value and implications of Said's work for critical and normative political theory is due with the Los Angeles Review later in 2022.   An article on the political thought of the Irish revolutionary period will appear in the Dublin Review of Books in October 2022.  Conor is currently working on an essay on Seamus Deane's appropriations of the work of the controversial jurist and political theorist Carl Schmitt.

Conor’s research interests lie in the history of ideas and in Irish intellectual history, especially the history and politics of criticism and literary pedagogy. He is also interested in twentieth-century Irish culture, the history of Marxism, in postcolonial theory, and in the intersections of literature and political thought. He is currently planning a project concerning the intellectual legacy in Ireland of Edmund Burke.  Conor is also preparing a book for the radical French publisher La Fabrique, with the working title l'Irlande: Un inventaire du present.

A firm believer in the value of "old-fashioned" generalism and the importance of long-range literary and historical interpretation, Conor teaches across the span of the English curriculum.  Teaching he's most enjoyed lately has included a course introducing First Year students to the history of ideas.  More recently, Conor has been co-teaching a course on Romanticism, and a new third year seminar on the fictions of Joseph Conrad, a writer he's been passionate about since his teens.   This seminar expanded in 2021-2022 to encompass other writers in Conrad's wake, such as H Rider Haggard, Graham Greene, Joan Didion and Robert Stone.   Conor also co-teaches (with Professor Emer Nolan) a module on modernism, where he deals with Kafka and Woolf.

Conor also has taught courses in cultural theory at Second Year (BA) and MA level.  Having worked on a second year course on feminism a few years ago, where he concentrated on Virginia Woolf and Simone de Beauvoir, Conor more recently lectured on Western Marxism - the ideas of Gramsci, Brecht, Benjamin, Adorno and Jameson.

In the spring of 2020, Conor co-taught a Third Year module on 'Dissent and Revolution', where he concentrated on Maxim Gorky, Alexandra Kollontai and Mikhail Bulgakov as writers of the Russian Revolution of 1917.   In spring 2022, this module was re-organised to deal with the counter-revolutionary contexts of early 19th century and Victorian English literature, reading writers such as Disraeli, Gaskell, Dickens and Engels against the background of industrial unrest, Owenism, Chartism and the Peterloo massacre.   This course, with its new focus on Victorian literature and society, will run again in Spring 2023.

In the coming year (2022-2023) Conor will also teach his Master's level module on fictions from Israel and Palestine.   This course covers writers as various as Sahar Khalifeh, AB Yehoshua and Emile Habibi, and looks at cultural representations of such controversial matters as the history of Zionism, the Nakba and the birth of Israel, the ongoing occupation of the Gaza Strip and the West Bank, and the Lebanon War and the camp massacres.   The course is recognised by external examiners as rare in the British and Irish university systems, and never fails to elicit passionate reactions from students.