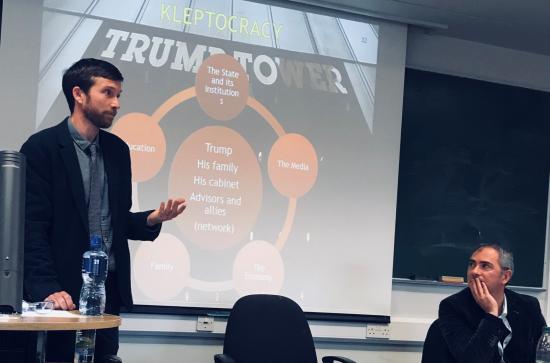 Donald Trump’s presidency has shocked the world. People want to know how did he win the election? Who voted for him and what were Trump voters thinking? And, more importantly, how is Trump exercising his newfound power? In this controversial lecture on democracy and corruption, Professor Timothy Kuhner, incoming Professor of Law at the University of Auckland, exposed the underlying reasons for Trump’s rise to power and the true nature of the Trump regime.