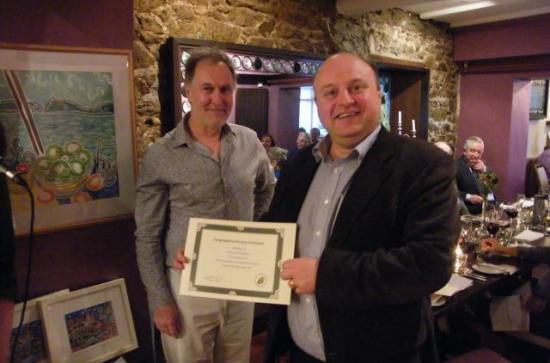 Professor John Sweeney received the GSI 2014 Geographer's Contribution to Society and Community Award for his significant contribution to the wider society, community, environment and politics of local and national communities in Ireland. 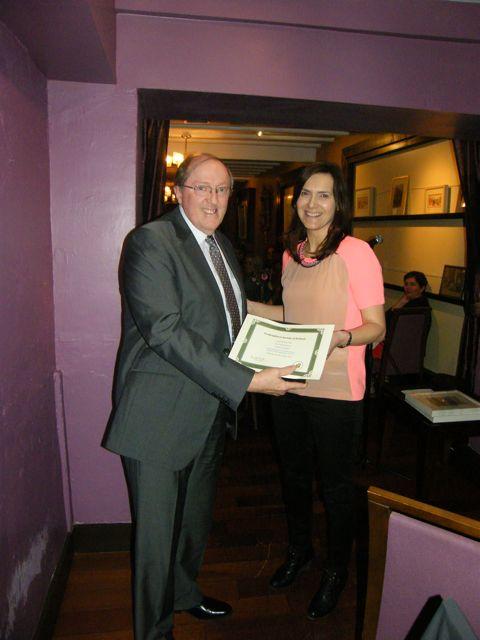 Professor Sweeney was recognised for his contributions to Ireland, ranging from advocating policy changes to protect the Irish environment to informing Irish people on the science, importance and relevance of climate change through the media. Prof. Sweeney has also made significant contributions to the local community, including through the Maynooth Planning Alliance, the Maynooth Fair Trade Town Committee, and the Maynooth University Green Campus initiative. See: http://www.geographicalsocietyireland.ie/awards.html

Professor Rob Kitchin received a Special Recognition Award by the Geographical Society of Ireland for his contribution to Irish Geography, and his special honour as the RIA Gold Medal Awardee in the Social Sciences. 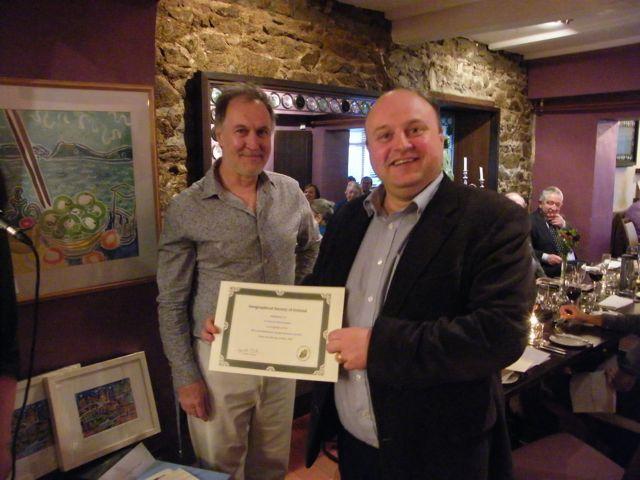 Professor Rob Kitchin was honoured by the GSI for his achievement in winning the Royal Irish Academy Gold Medal Award, which was awarded by Taoiseach Enda Kenny in recognition of his contributions to the social sciences in February 2014. Professor Kitchin studies the relationship between technology, society and space. His five-year European Research Council Advanced Grant explores the 'The Programmable City', in particular how software-enabled technologies, data and services augment and facilitate understandings of, management strategies and plans for cities. For additional details see: http://www.geographicalsocietyireland.ie/previous-news--events.html