Webinar Series: Interculturalism, Literature and the Arts in Ireland 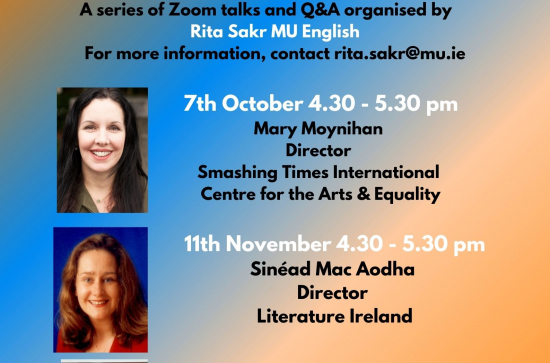 You are all warmly invited to the English Department's ‘Interculturalism, Literature and the Arts in Ireland’ autumn webinar series, organised by Dr Rita Sakr. The webinars will explore the connections among literary/artistic practice and the promotion of diversity, intercultural awareness and dialogue, human rights, and equality in the creative sector.

Please click here to book for the first event on 7th October with Mary Moynihan.