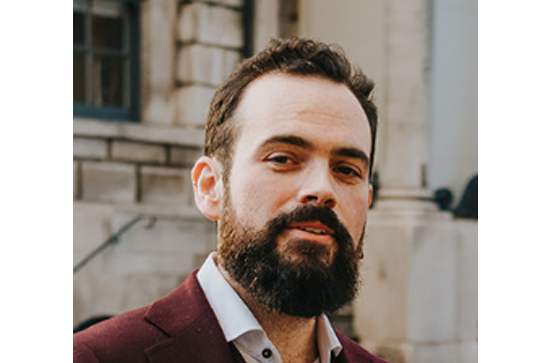 Cian joined the Department of Law as Assistant Professor in Criminal Justice in July 2020. Prior to coming to Maynooth, Cian worked as a lecturer in criminal law and jurisprudence in Lady Margaret Hall, University of Oxford, and the University of Southampton.

Cian teaches modules in both law and criminology, with a particular emphasis on policing. This year Cian will teach a new module in Semester 1 entitled 'Policing and the State: Critical and Comparative Perspectives, and will contribute to the core undergraduate teaching of criminal law and criminal justice modules.

Cian is a graduate of both Trinity College Dublin (LL.B), and the University of Oxford (BCL, DPhil).

His core research interests are in policing, criminology, criminal law, and the philosophy of punishment.
His recently completed doctoral research examined police-media relations, and the power of news media and policing in England in the aftermath of the Leveson Inquiry.

Cian's current research interest are primarily centred on the following:
In the past few years, Cian has also worked on various research projects in the areas of restorative justice, sexual violence, child protection, and policing policy and practice.

Cian has been the recipient of numerous academic scholarships and awards, including the Hackney BCL Scholarship at Wadham College, the Henry Hamilton Hunter Prize for graduating top of his LLB class, and was also elected to the prestigious Foundation Scholarship at Trinity College Dublin.

Before beginning his academic life, Cian trained and worked as a stone mason, specialising in architectural stone cutting, carving and restoration.