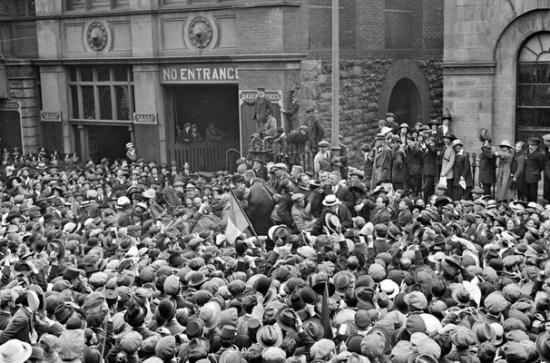 Hosted by Professor Linda Connolly of Maynooth University Social Sciences Institute, and funded by an IRC grant, the conference will discuss and commemorate the woman of the Irish revolution.

The period 1917–1923 was marked by political violence and upheaval in Ireland, ending in partition and independence for 26 of its 32 counties. How this period of revolution significantly affected women's lives requires further analysis in Irish studies. This conference will bring together new research by leading scholars exploring how women both participated in revolutionary activities in the 1917-23 period in Ireland and were impacted by the climate of terror and war that existed. Irish historiography that presents the narrative of this period as predominantly about men and male militarism, with women presumed to have escaped the worst brutalities of war, will be challenged. The complex experience of Irish women throughout this period as activists, militants, and as ordinary citizens is explored using new evidence.

By adopting an integrated approach to Irish women’s history between 1917-1923, a new indepth analysis of women’s role in 'the Revolution' will be provided. In particular, new light will be shed on the intersection of feminism, republicanism, class and the impact of violence against women in the period. The experience of women needs to be adequately considered as a core dynamic of war both in new critical historical tomes of the period and in the programme of key events to be commemorated in Ireland in the next years. As the extensive analysis of women's role and experience in civil wars internationally has shown, the gendered nature of war and conflict is not a separate or ancillary question in any context. Nor are women simply mere victims or bystanders of conflicts effectively steered by male political leaders or militants. The granting of suffrage in 1918, the complex but often occluded role of women as activists in the Revolution, the role of women in the foundation of the new State, and the wider impact of conflict, trauma and violence on women during the Civil War and War of Independence are core questions in Irish revolutionary studies that require further indepth analysis and consideration, if this critical period of Irish history is to be fully understood.