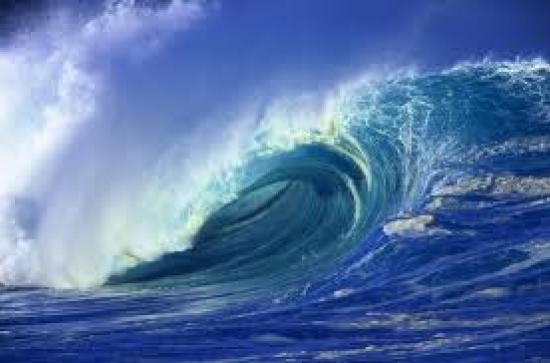 One of the world’s leading experts on wave energy, Professor John Ringwood from the Department of Electronic Engineering at Maynooth University has been awarded EU Horizon 2020 funding to collaborate with Scottish company, Aquamarine Power, in the development of commercial wave energy technology.

The team has been awarded €800,000 to improve the performance of Aquamarine Power’s Oyster wave energy converter. Maynooth University’s role in the project is to develop computer automated systems which maximise the power capture of the Oyster device. Wave energy converters should be operational for 20 years and the research will analyse the optimum shape and maintenance interventions to maximise the economic performance of the system.

With a sea area 10 times greater than its landmass, Ireland has an abundant marine renewable energy resource. A study of European wave energy has indicated that the average wave power in Europe is highest near the west of Ireland, with an average wave power of 76kW occurring of the Irish coast.  This provides a significant opportunity for wave energy to feed into Ireland’s target of 40% of electricity from renewable resources by 2020.

The project, INNOWAVE, will explore ways to optimise the energy capture and economic performance of wave energy devices. Three newly recruited early-stage researchers will divide their time over the three-year project between Maynooth’s Centre for Ocean Energy Research and the Aquamarine Power premises in Edinburgh and Belfast, with site visits to the European Marine Energy Centre in Orkney, where Aquamarine Power has been testing its Oyster device for the past four years.

Commenting on the project, Professor John Ringwood, Maynooth University said: “This is a very exciting project which has the potential to greatly advance the field of wave energy and progress its development as a commercially viable energy source. It’s a great example of academia and industry collaborating to progress research which can have a monumental impact on energy provision for future generations. Marine energy has enormous potential as an environmentally friendly and cost-effective source of power. We look forward to working with our partners in Scotland to make a significant contribution to the evolution of wave energy research.”

Aquamarine Power Chief Executive Officer Paddy O’Kane believes that the project has much potential:  “We believe that Maynooth’s research centre and team are at the very forefront of innovation in wave energy device optimisation and control and we look forward to working with them on this exciting new research programme with very clear academic and commercial goals. Aquamarine Power’s aim is to become the world’s leading supplier of utility-scale wave farm power stations. With the survivability and performance potential of our Oyster wave technology now largely proven, following four years of continuous deployment at the European Marine Energy Centre in Orkney, we are significantly advanced towards that goal.”

The funding for INNOWAVE was awarded as part of the EU’s Horizon 2020 fund, the largest EU Research and Innovation programme with nearly €80 billion of funding, under the Marie Skłodowska-Curie grant agreement No 676061.

Pictures of Oyster wave power technology can be found here.

The Centre for Ocean Energy Research at Maynooth University has been in existence for 15 years and is a part of the SFI-funded MaREI national centre for marine renewable energy. It is at the forefront of academic research in wave energy. On the industrial side, Aquamarine Power has been at the vanguard of commercial wave energy development for the past 10 years.