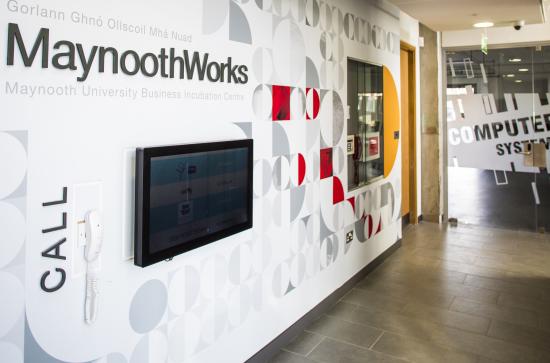 The University of South Florida Research Park in Tampa and Maynooth University have entered into an affiliation agreement to collaborate and support emerging technology and life sciences companies in both Florida and Ireland.

The University of South Florida Research Park in Tampa and Maynooth University have entered into an affiliation agreement to collaborate and support emerging technology and life sciences companies in both Florida and Ireland.

The affiliation agreement between the two entities provides a new avenue for companies in the incubation and acceleration stage. The agreement encompasses the activities of USF’s Tampa Bay Technology Incubator and Maynooth’s business incubation and innovation center, MaynoothWorks.

Under the agreement, affiliated companies of both universities’ incubators can take advantage of facilities and programs to advance the development of their technologies, providing a “soft landing” for the companies as they branch out into a new market.

“USF and Maynooth may be an ocean apart, but we share similar goals of supporting our local and regional economies as rising centers of global innovation,” said Paul R. Sanberg, USF’s senior vice president for research, innovation & knowledge enterprise. “We look forward to welcoming spinoff and startup companies from Ireland who are bringing their new ideas and technologies to Florida, and are excited for USF-affiliated innovators who can now explore opportunities in Ireland.”

Ray O’Neill, Maynooth University’s Vice President for Research and Innovation, said: “The deep historical ties between the USA and Ireland, and the importance of the U.S. as a market for innovative Irish companies, as well as MaynoothWorks offering a gateway to European markets for USF innovators, mean that this new partnership can deliver very great benefits on both sides of the Atlantic.”[Maynooth University] MaynoothWorks provides state-of-art resources and services, including a co-working space, labs and meeting space

Like USF, Maynooth is a young university – celebrating its 20th birthday in 2017, but able to trace its origins to the foundation of the Royal College of St. Patrick in 1795 – that has quickly drawn international attention for its research commercialization success. Located 25 kilometers (15 miles) outside of Dublin, Maynooth is recognized as Ireland’s fastest growing university. One of four constituent universities of the National University of Ireland, Maynooth University in 2017 placed in the global top 50 universities under 50 years old in the Times Higher Education World University Rankings.

Both universities share a commitment to academic research that leads to economic development, as well as international collaboration that strengthens their institutions global connections.

This is USF’s second international agreement on research commercialization. In 2016, USF and Pontifical Catholic University of Rio Grande do Sul in Brazil entered into a partnership to collaborate on innovation, research and entrepreneurship activities.

The University of South Florida, established in 1956 and located in Tampa, is a high-impact, global research university dedicated to student success. The USF System includes three, separately accredited institutions: USF; USF St. Petersburg; and USF Sarasota-Manatee. Serving more than 49,000 students, the USF System has an annual budget of $1.6 billion and an annual economic impact of $4.4 billion. USF is ranked in the Top 30 nationally for research expenditures among public universities, according to the National Science Foundation. In 2016, the Florida Legislature designated USF as “Emerging Preeminent”, placing USF in an elite category among the state’s 12 public universities. USF is a member of the American Athletic Conference.

About Maynooth University
With more than 12,000 students from more than 90 countries, Maynooth University offers a range of programs at undergraduate, Master’s and PhD level in the humanities, science and engineering, and social sciences, including business, law, and education as well as a range of international programs and partnerships. Maynooth’s unique collegial culture fosters an interdisciplinary approach to research, which its world-class academics bring to bear in tackling some of the most fundamental challenges facing society today. The University’s research institutes and centers consolidate and deliver this impact as vibrant communities of learning, discovery and creation. Research at Maynooth also is very much central to its teaching, and the University prides itself on placing equal value on its research and teaching missions. In addition to being named in THE’s Top 50 Under 50, Maynooth University is recognized among the top 400 universities in the world, the top 200 European universities, and as one of the top 200 universities for international connections and outlook.