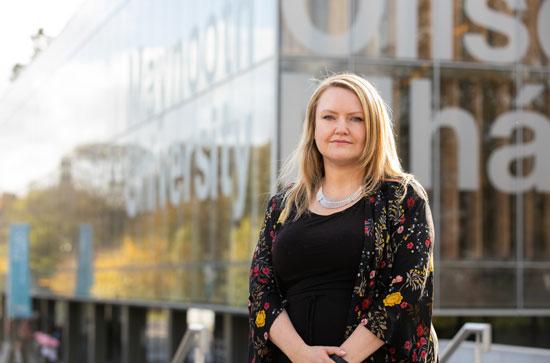 Maynooth University PhD student Shirley Howe has won the Eda Sagarra Medal of Excellence at the annual Irish Research Council Researcher of the Year awards. Shirley received the award for being the top-ranking Postgraduate Scholar in the domain of Arts, Humanities and Social Sciences under the Irish Research Council’s 2019 Government of Ireland funding programmes.

Named after former chairs of the IRC, medals of excellence are presented to those highlighted in the organisation’s postgraduate and postdoctoral funding calls. Over 1,200 hopefuls applied for this year’s Government of Ireland Scholarship awards.

Shirley received the medal for her project ‘Of land and ocean: culture and climate on Ireland’s Islands.’ Proposing a cross-disciplinary approach that draws on geography and anthropology, the research considers if and how cultural processes influence climate change perspectives and responses today.

Fieldwork for the research will be undertaken on Inishbofin Island off County Galway and Valentia Island off the southwest coast at County Kerry to reveal models of the human-environment relationship and how they intertwine with current climate conversations.

Speaking of her award, Shirley Howe commented: “I am delighted to be awarded the Eda Sagarra Medal for my project ‘Of land and ocean.’ My research comes at a pivotal time in the discussion on climate change. The scientific consensus is that climate change is happening now, that it is human-driven, and that increasingly extreme weather events are and will continue to occur. I believe that a cross-disciplinary approach can show how cultural processes influence climate change perspectives and responses today. By complementing existing research, my project aims to contribute to developing communication strategies required to advance culture engagement and development of policies. I would like to thank everyone at Maynooth University, particularly my supervisors, for their continued support and the opportunity to conduct my research.”

Prof Ray O’Neill, Vice-President for Research and Innovation at Maynooth University, commented: “We are very proud of the research work undertaken by Shirley in terms of both its excellence and relevance to Irish society. For Ireland to become a low-emission, sustainable economy and an Island resilient to the impacts of climate change, research into how cultural processes influence collective and individual behaviour is now imperative. Complementing existing research, this approach adds new perspectives to the climate change discussion by working with island communities to benefit our understanding and response to the issues affecting us today and in the future.”

Shirley was also declared the regional winner of the Global Undergraduate Awards in the ‘Social Sciences: Anthropology and Cultural Studies’ category for her essay titled, ‘Inishbofin Island: A Changing Environment, A Changing Community.’

Shirley is jointly supervised by Dr Conor Murphy (ICARUS Climate Research Centre and Department of Geography, Maynooth University) and Dr Chandana Mathur (Department of Anthropology, Maynooth University). The medal awarded to Shirley Howe is named after Professor Eda Sagarra who was the first chairperson of the Irish Research Council for Humanities and Social Sciences, and integral in the development of the Council. 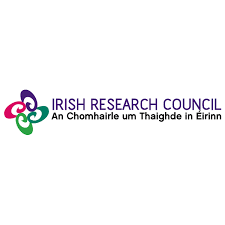