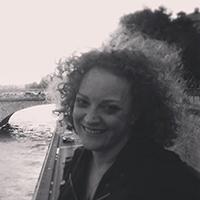 US film production and reception of the 1970s has been widely understood as an era of “independence”: liberation in ideas and aesthetics, as well as “freedom” from the Hollywood studio system. Heralded in these narratives are consistently those male maverick directors who are understood as forces behind these changes. But given that this period of liberation coincides with both the Civil Rights and the Women’s Movements, the time was ripe for changes to that system and our conception of it, not only in terms of rebellious men but also in terms of women’s contributions to productions on both sides of the camera. By taking on various cases of women’s work and images, this lecture considers the various narratives told about the “New Hollywood” of the 1970s and offers alternatives to those stories.

Amelie Hastie is the author of Cupboards of Curiosity: Women, Recollection and Film History (Duke UP) and The Bigamist (a BFI “Film Classic”). She taught in the Film and Digital Media Department at the University of California, Santa Cruz for over a decade and is now the founding Chair of the Film and Media Studies Program and Professor of English at Amherst College. Her research and teaching focus on film and television theory and historiography, feminism, and material cultures. Currently she is both the author of “The Vulnerable Spectator” column in Film Quarterly and is finishing a book on the 1970s television series Columbo for Duke University Press. She has edited special issues of Film History on the contributions of women during the silent era and of journal of visual culture and Vectors about the relations between materiality and the moving image. She was a proud member of the Camera Obscura editorial collective for over a decade. Of late, she has published essays on Ida Lupino’s television work, “Columbo, Cassavetes, and a Biography of Friendship,” and film criticism in the first decade of Ms. magazine. 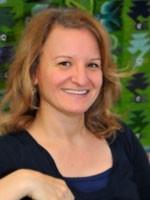 "All the Wrong Lessons - New Hollywood and Contemporary Autuerism"

Contemporary filmmakers and also many scholars revere New Hollywood as a time when the director was “king” and auteurs could really be auteurs.  And although feminist critics and scholars have been criticizing the Auteur Theory since the 1970s, I argue that scholarship on New Hollywood in particular continues to ignore women and people of color as creators, labor and scholars. In this talk, I will discuss how the devalued status of women in New Hollywood mirrors how contemporary auteur filmmakers and scholars continue to learn all the wrong lessons from New Hollywood, especially as regards gender. Moreover, I will present a polemic on the value of woman-identifying scholars researching and theorizing in areas of “bro” scholarship.

Julie Turnock is Associate Professor of Media and Cinema Studies at the University of Illinois, Urbana/Champaign, in the College of Media.  She is the author of Plastic Reality: Special Effects, Technology, and the Emergence of 1970s Blockbuster Aesthetics, from Columbia University Press, and has published on special effects, spectacle and technology of the silent and studio era, the 1970s, and recent digital cinema in Cinema Journal, Film History, Film Criticism, and New Review of Film and Television Studies, as well as several edited collections.