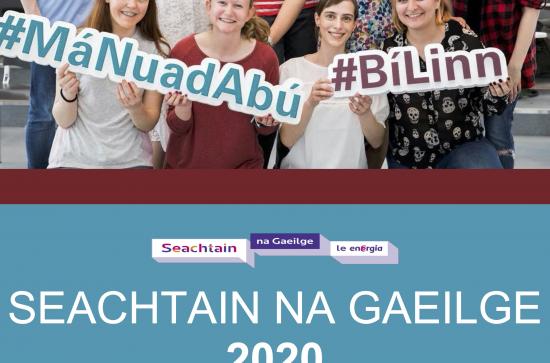 A wide range of Irish-language events will be taking place which will cater for every single member of our campus community, whether you’re a native Irish speaker or an absolute beginner. Not only will we be having a table quiz, a lunchtime céilí, a panel discussion on activism and the Irish language, a traditional Irish singing workshop and a live recording of RTÉ’s Irish-language podcast “Beo ar Éigean”.

In order to commemorate the centenary of the death of the literary pioneer and Irish-language activist Fr Peadar Ó Laoghaire, treasures associated with Fr Peadar from the archives and special collections of Maynooth University Library will be on display in the library foyer from now until the end of the month. This renowned man studied at St Patrick’s College, Maynooth in the 1860s and later wrote the first-ever Irish-language novel entitled Séadna, amongst many other achievements. This exhibition will have its official opening alongside the opening of Seachtain na Gaeilge 2020 on campus next Monday.

Also, the world premiere of a newly-written bilingual play will be staged in the Aula Maxima on the south campus during Seachtain na Gaeilge for the very first time, as a collaboration between Cuallacht Cholmcille and the MU Dramatic Society. A blackly comic psychological thriller, “Aisling, Aisling” is set in the cut-throat world of children’s television presenters and examines the extent to which a person will go in pursuit of their dreams. 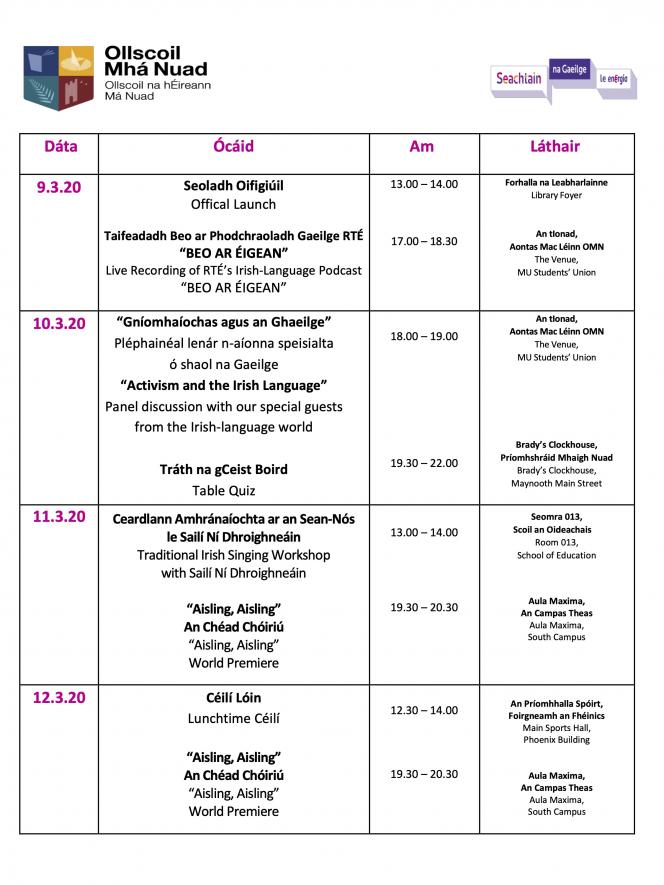