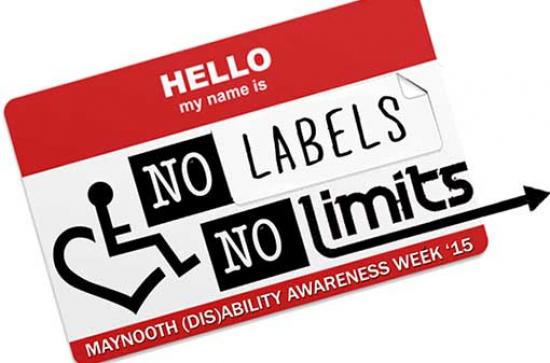 No Labels, No Limits

No Labels, No Limits: (dis)Ability Week

February 23rd to the 27th is MSU (dis)Ability Awareness Week: #NoLabelsNoLimits, because at Maynooth University we think labels are for jars, not for people.

Check out photos from our events on Facebook here

This week celebrates all our student members who face challenges on a daily basis, but excel as Maynoothians nonetheless​. The campaign's aim ​is for ​students  to be informed, so that you know that people all around you are everyday heroes ​even if they ​might ​sometimes need some extra support ​, they deserve absolute respect and dignity.​

The week will involve:

We're looking for students who would like to share some of their experiences (with dyslexia, dyspraxia, OCD, ADHD ​for example​) and being here at college in Maynooth U​niversity for our  MSU 'Speak Out' session

If you would like to get involved​ in any capacity or would like further information on this week, ​please email Síona Cahill (MSU VP / Welfare & Equality) on welfare@nuimsu.com or check us out on Facebook

Maynooth is a #NoLabelsNoLimits campus. Let's celebrate that this week.