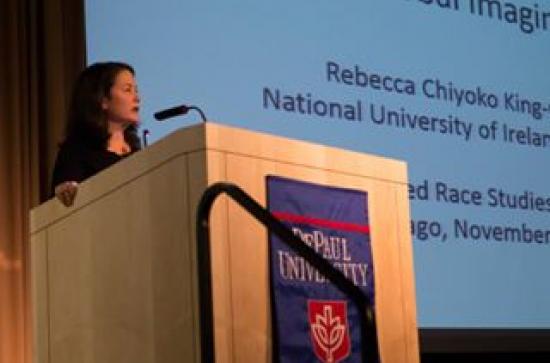 Her talk examined two key questions -  'Is there such a thing as Global Mixed Race? If so, what is it, where did it come from and is it a good thing?'. Below is the abstract for her talk.

If race gains meaning through the process of racialization, this meaning only makes sense within very specific local contexts entwined with complex local histories, which in turn shape local political, economic and social arrangements. Mixed-race studies started primarily in the United States and has been deeply shaped by the politics of race in that context, with strong racial boundaries and the legacy of the ‘one drop rule’. How then do we make sense of mixed race as a global phenomenon across the globe without losing the specificity of local context from which it derives its meaning?

Drawing on our recent edited volume Global Mixed Race, I use empirical research from Kazakhstan, Okinawa, Zambia, Trinidad and Tobago, Australia, New Zealand, and Mexico, as well as the UK, Germany, and Canada, to ask what happens when we take mixed race on the road? Because as Mahtani (2014) keenly observes, it is not just about asking ‘what are you?’ but also about asking ‘where  (in the world) are you?’ 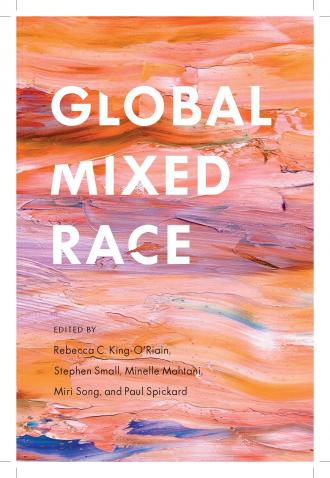 What does it mean to be mixed when the meanings of key identities and the borders between them may be quite different from the polarized racial order of the US that provided the original reference point for the meaning of ‘mixing’? The meaning of race itself and the porousness of its boundaries may differ across places – so that we find regional racializations, or even regional multiracializations. Or it may well be that the most locally significant meaning of ‘mixed’ is attached to the politics of ethnic or even religious meanings and borders. Furthermore these processes interact with processes of gendering and sexualizing in different ways in different contexts.

Nonetheless, the ‘mixed experience’ shares something in common across these contexts. This is the experience of being not simply a person in society but a terrain across which a society plays out its identities and borders – and demands that mixed bodies and persons conform to impossible competing demands. These terrains may be radically different across societies but the experience of living with or between them contains some strongly shared elements.

Nor are these elements unambiguously positive. Mixed bodies can hold within them the legacies of white settler colonial pasts, expectations of them as harbingers of a multicultural, multiracial future or notions of a racially ambiguous, post-modern subject. When we discuss how we should best resist exotic commodification, we still get caught at times believing that we are new or unique, or even uniquely beautiful.

Looking comparatively across the globe, it is clear that local specificities are of great importance, but that we do see increasing awareness and attachment forming through what I call transconnective practices. These practices point to simultaneous and ongoing belonging across vast temporal and geographic distances, which help people to create and maintain emotional connections to one another. These emerging practices also contain elements of a new, networked, somewhat hidden public space where people can explore the multiple meanings of identities, borders and ‘mixes’ through decentralized dialogue. These transconnective practices and spaces provide a forum for a new global imagination to thrive in order to discuss and better understand what we mean by mixed race through international comparison and dialogue. The challenge for CMRS – both as an intellectual approach and an institutional space for dialogue – is to avoid the balkanized politics of sectional identities but to promote these explorations and imaginations.