The Network on  Politics, Power  and Society is an interdisciplinary network of  university faculty and post graduates whose work is concerned with key issues of politics, power and society.

Facilitated by the Department of Sociology the Network aims to highlight our high quality and diverse academic research, bring to light multiple perspectives on critical examination of politics, power and society, forge national, regional and local links with other academic and civil society networks in an effort to further intellectual exchange and contribute to the public understanding of politics and power in this context of systemic change.

To date the network has focused on Learning from Latin America (2012), a focus on Real Utopias and the work of Erik Olin Wright (2013) and the Role of Social Science in the Politics of Climate Change which will be a cross faculty focus in 2014. See under events for details of seminars under this theme. 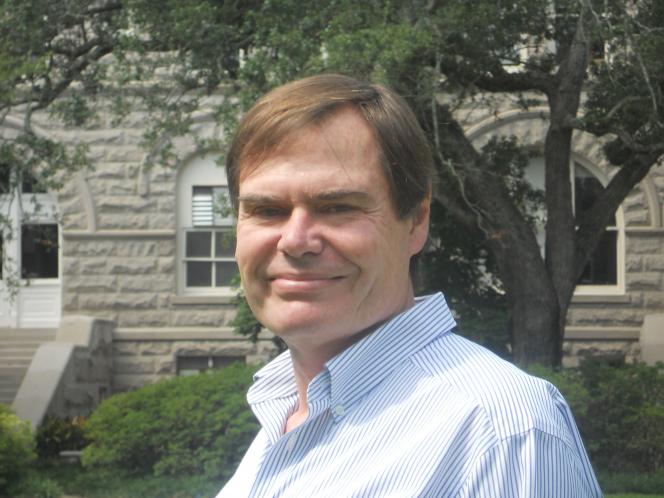 Professor Eduardo Silva is this year's Maynooth Visiting Distinguished Scholar. This programme, is a competitive scheme promoted by the University through the Research Development Office and is designed to build international research collaboration between distinguished international scholars and the academic community of Maynooth.   A central aim is to advance nascent or established research collaborations between Maynooth University and leading researchers/departments/institutions outside Ireland.

Eduardo Silva holds the Friezo Family Foundation Chair in Political Science in the Roger Thayne Stone Centre for Latin American Studies at Tulane University, New Orleans, USA. He received his doctorate from the University of California-San Diego in 1991. Before joining the Tulane faculty he was professor of Political Science at the University of Missouri-St. Louis, where he also served as department chair and graduate director. His research focuses on Latin American politics, and he has published extensively on the political economy of state-society relations, sustainable development with a focus on forest policy, and mass mobilization. His most recent publications include Transnational Activism and National Movements in Latin America: Bridging the Divide (2013) and Challenging Neoliberalism in Latin America (2009). For more information see his faculty web page at: http://stonecenter.tulane.edu/articles/detail/594/G.-Eduardo-Silva.

While visiting Maynooth, Professor Silva will be participating in a whole range of activities with the university staff and students, and the wider community. These will include the following:

Staff working on politics in Maynooth research a wide variety of topics - on European, Latin American and Irish politics, in areas such as social policy, civil society, democratisation, the environment amongst many others. In this section we have included links to a range of published and unpublished works from a number of our staff to better give you an idea of the type of work we produce. 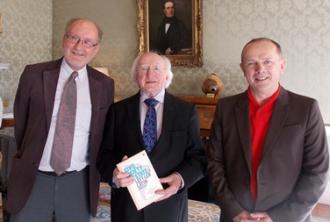 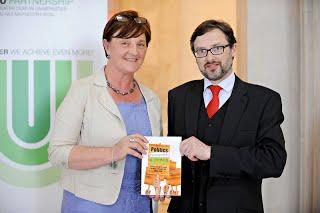 Dr Mary Murphy with Dr Deric O'Broin at the launch of their book Politics, Participation and Power at City hall in may 2013

Professor Eduardo Silva, of Tulane University gave the Inagural Maynooth University Visiting Scholar Lecture in Renehan Hall on the theme of "Learning from Latin America: Lessons from the periphery in a time of austerity". In the lecture Professor Silva argued that there were notable parallels between situations of debt, neoliberalism and austerity which took place in Latin America from the 1970s until the 2000s and those taking place in Europe, including Ireland, today. He contended that two "cautionary tales" can be extracted from that experience for Europe, namely that popular mobilisation, on the right and on the left can ​sooner or later emerge in response to this and that this can affect negatively the health of existing party systems and political parties, especially those which promise to row back on neoliberalism and austerity and then row back on such promises. The result could be the decline and indeed dissapearance of mainstream political parties, to be replaced by new populist ones on the left or right of the political spectrum. Mary P. Murphy, Sociology Department of Maynooth, and David Begg, former Secretary General of the ICTU and current Director of TASC, provided replies to Prof. Silva's lecture from the Irish and European perspectives.

For photos of the event see:
https://docs.google.com/a/differentviewtv.com/file/d/0B7Je0ryoeYLuaTJ0bUNrTF9TQWM/edit?pli=1

A very successful symposium was held on Friday 23rd January in relation to a forthcoming book Rethinking the Irish Welfare State: challenges and change, edited by Dr. Mary P. Murphy from the Department of Sociology, Maynooth University and Dr Mairead Considine and Dr Fiona Dukelow from University College Cork.  The authors of each chapter were present and were joined by leading academics in the relevant areas of welfare state reform to develop ideas and a deeper understanding of the nature and challenge of welfare state reform.  The keynote speakers were Dr. Kevin Farnsworth and Dr Zoe Irving from the University of York, authors of the recent Social Policy in Challenging Times.

Attendance at the Seminar 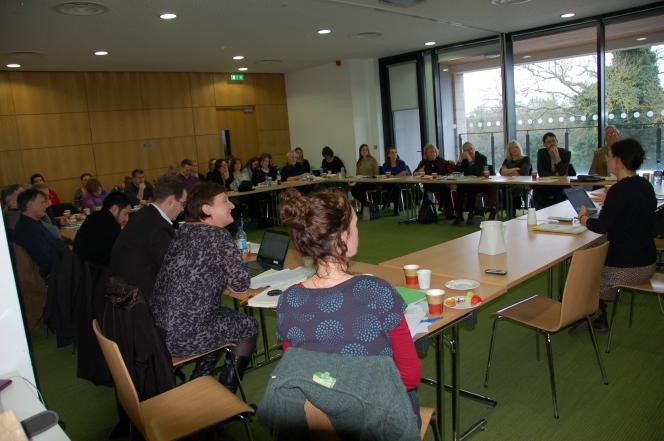 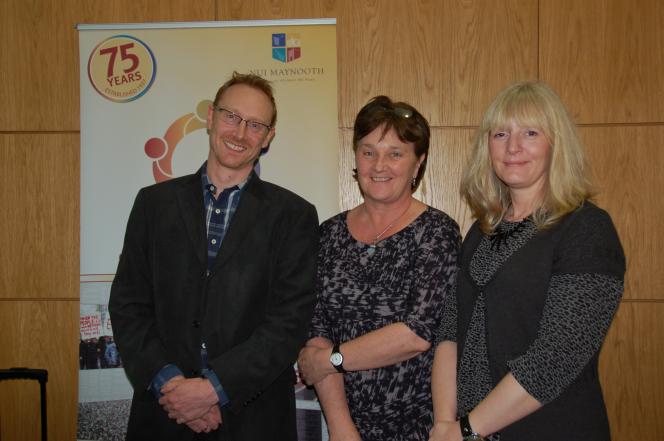 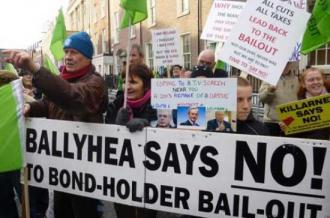 The Conference was a two day event, organized by Rory Hearne of the Georaphy Department. The conference had a diverse range of speakers from academia, the community sector and both local and international activists. For a full schedule of the speakers see the link below.

The Key Note Speakers were as Follows:

Prionnsios Breatnach's contribution on the day  outlined the Impact of The Demise of the Democratic Left
for left wing politics in Ireland, and John Evoy of the Irish Means Sheds Association gave a presentation on the phenomenal success of the association and their vision for the future.

“Maynooth University Politics Lecturers, Barry Cannon and Mary P. Murphy, presented their paper, published in Irish Political Studies,  on collective responses to crisis in Ireland in the age of austerity, comparing the experience here to that in Latin America in the 1980s and 1990s”.

Collective Responses to Neo-liberalization in Ireland and Latin America in a Time of Crisis:Where are the Pots and Pans? 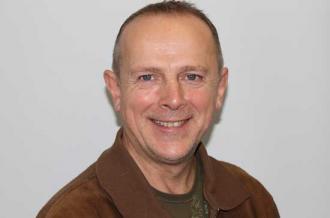 Dr Cannon has a Phd in Sociology which he received  from DCU in 2004 under the supervision of Professor Peadar Kirby. He has considerable experience working on international development projects abroad, primarily in Latin America. His research expertise is on Latin American politics, particularly Venezuela and Central America in the areas of democratisation, civil society, development, the Left and the Right. He completed his PhD in 2005 on populism in Latin America, with a particular focus on Venezuela and Peru. In 2010 he won a three year Irish Research Council Post-Doctoral Scholarship to research the Latin American Right, which included two years in the University of Salamanca in Spain. You can access his full bio, including research interests and list of publications here: http://www.nuim.ie/people/barry-cannon 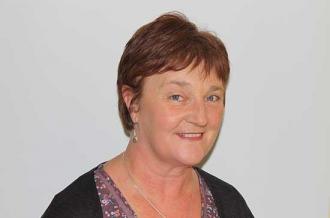 Dr Murphy received her Phd from DCU in 2006. Prior to her return to academia Dr Murphy was an active campaigner in both the anti poverty and labor movement working with various NGO's. Her research interests lie in the area's of political economy, the welfare state and poverty. For a more in depth description of Dr Murphy's research interests and a list of her publications see the following link. http://www.nuim.ie/people/mary-murphy 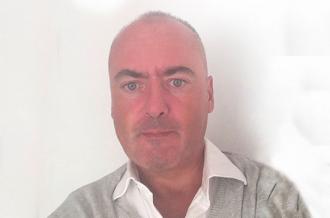 Dr O'Brennan's work is focused on the EU, with a special interest in EU enlargement policy and the institutions and political processes which guide this integration. He is currently working on a Monograph which examines the EU's role in the western Balkans among other projects. For a fuller description of Dr O'Brennan's research interest and publications follow the link below. http://www.nuim.ie/people/johnobrennan

USEFUL LINKS TO WEBSITES AND BLOGS

The following section offers some helpful links to blogs and websites which offer a broad range of resources to those involved in political research.