Seminar: The relationship between the European Union, Bulgaria and Romania 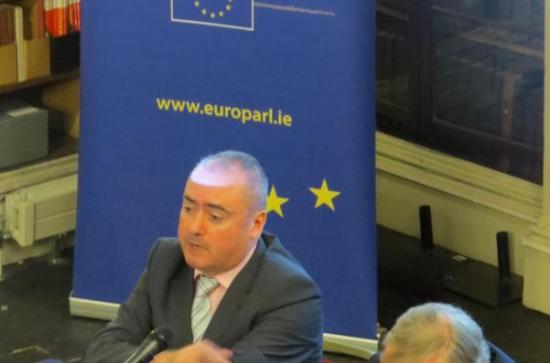 The Maynooth Centre for European and Eurasian Studies hosts its latest seminar on Wednesday 13 April 2016. John O'Brennan will address the relationship between the European Union and Bulgaria and Romania and the regime of post-accession monitoring of those member states by the European Commission.

Abstract
Nine years have now passed since the accession of Bulgaria and Romania to the European Union. While significant efforts were made by these two countries to come into line with EU accession criteria, certain weaknesses in areas such as judicial reform and corruption persisted post-accession.  In order to address these shortcomings and facilitate full access to EU citizenship rights for the polities of Bulgaria and Romania, the European Commission developed the Cooperation and Verification Mechanism (CVM). The CVM consists of a range of benchmarks spanning several key policy and judicial areas, and is aimed at encouraging long-term reform and quelling corruption in these two new EU Member States.

John O’Brennan delivers an assessment of this process, its efficacy and effectiveness, as well as the extent to which it has been successful in meeting its stated objectives.  He argues that the most recent analysis (both of the Commission and specialist scholars) is that the CVM has been increasingly successful in Romania while producing few if any results in Bulgaria. The paper will explore the reasons for this divergence of outcomes.

Bio
John O'Brennan is the Jean Monnet Professor of European Integration and Director of the Maynooth Centre for European and Eurasian Studies.  His work focuses on European Integration and the EU institutions and, specifically on the process and politics of the EU's Enlargement policy. His books include The Eastern Enlargement of the European Union (Routledge, 2006) and The EU and the Western Balkans: stabilization and Europeanization through Enlargement? (Routledge, 2016). His work on enlargement has appeared in the Cambridge Review of International Affairs, European Foreign Affairs Review, Europe-Asia Studies, the Dublin Review of Books, Journal of Balkan and Near East Studies and the Journal of European Integration.